I'm so behind on blogging. lol

I say it a lot to myself, but it's true. I am honestly behind on blogging. I don't really have an excuse except that I'm more active in RL lately, but I'm not running marathons and doing brain surgeries. [Although I am watching a lot of Grey's Anatomy.] I gotta get out of this slump!! 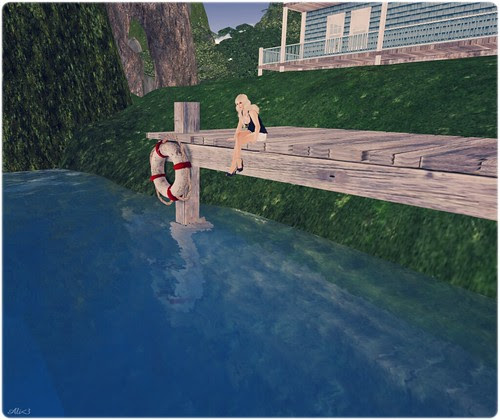 Anyway, Miss Berry has a new meme for us today! I actually meant to do the movie poster one from last week, and I have the set and the poses and all that set up already, but I haven't been on enough to grab anyone to come take a picture with me. I will do that eventually. But today we've got Weird Questions!


1. Which was the last sim you visited? (Other than your home)

3. Do you wear underwear/panties underneath your clothing when out and about on the grid?

I do lately, actually! With mesh skirts, you never know if the alpha is going to make your lady garden disappear OR if it's just going to be all out there on display. I err on the side of caution these days and just keep some underpants on.

4. If you won a million linden dollars, what would be the first thing you buy inworld?

The fatpack of the Cleo skin from Glam Affair. After that, I'd probably just pay for Bluebonnet for a few months or rent a little homestead that could just be for us to run around and decorate.

5. Have you ever bought something in SL and then realized afterwards that you had already owned it from before?

6. Have you ever done anything in Second Life that would be considered illegal in real life?

I've pushed people off of platforms which is PROBABLY frowned upon in RL. LOL

7. If you could go out on a date with any other avatar, who would it be?

Aldwyn, because we haven't seen each other in world in like a week. I hate time zones and my need to be in bed early.

8. Who, in your opinion, was the greatest avatar to ever slive?

That's a really hard question. I've known so many fantastic people in world. I'm honestly not sure I could pinpoint it to just one person.

9. What is the most embarrassing thing you’ve ever done inworld?

That's a really hard question, too! Cen and I used to run around and do silly things that some people might consider embarrassing, but I never thought of it that way.

10. If your avatar had a mind of its own, what do you think it would say to you?

"Could you maybe dress me better? And could you PLEASE finish decorating our house?!"

Can I just say how full of disappoint I am that my name was not mentioned at least once as an answer for any of those questions?!

It's like I don't even know you anymore... sigh.

Maybe I'd mention you if you ever came in world, mister! :-p

I'm just waiting for when they release SL on Steam... meanwhile, can you water my trees? :-)

Can you ever REALLY finish decorating your house though? I'd think that would be forever ongoing! Glad to hear you are off having fun in RL though, I need to catch up with Grey's Anatomy myself.

Oh cmon Alicia, panties? I think you need to buy a rainbow glitter heart and do Vajazzle! instead! rofl, (I am still laughing about this!)