One of the bad things about mesh houses is that it can be super super hard to mod them. The low land impact is awesome, of course, but I do so miss being able to move walls and beams and retexture properly and all of that. We're using this big beautiful home from Barnesworth Anubis, but the downstairs was VERY open. It's gorgeous, of course, but I do like having more defined rooms. So I set about making some walls. I think I did pretty well, if I do say so myself! Now we have a kitchen AND an enclosed porch! Mudhoney had some great furniture at The Home Show so it was awesome getting to finally use it. 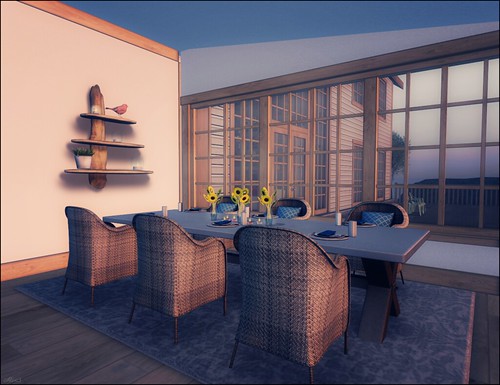 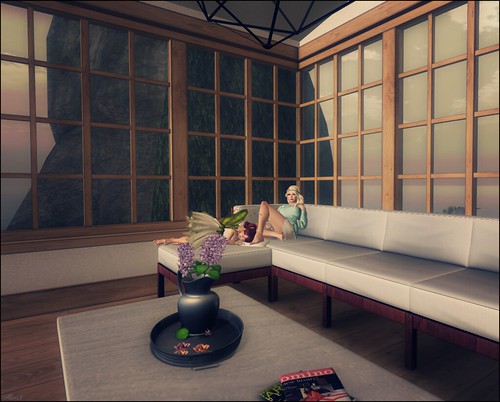 Abby and I had some time to ourselves tonight, which was nice. We've both been so busy lately, we haven't been able to just sit together and talk like we usually do. I missed my girl! But she's really going to have to start decorating her room soon because her room being empty is making me itch. *laughs*

Since both Abby and Brianna went to bed early tonight, and Aldwyn was not online, I went with my Oleander family to play U-Know! 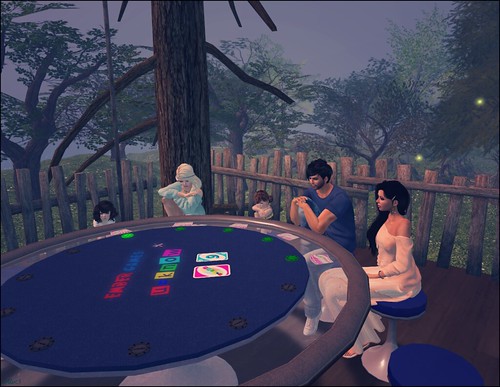 It was really super fun! And man, do we play a cutthroat game! There was alllll kinds of trash talking going on, let me tell you. Even threats of going to Heritage to find new siblings!! We're competitive! But Lolita and I both won once, and Takeo won twice. The girls played a hard game but sometimes it was just the luck of the draw.

Time for bed!
Posted by Alicia Chenaux at 11:48 PM

yea that u know game can be a challenge. Once i played with one of my old sl family's an the game lasted 6 hours!