Back to almost normal! 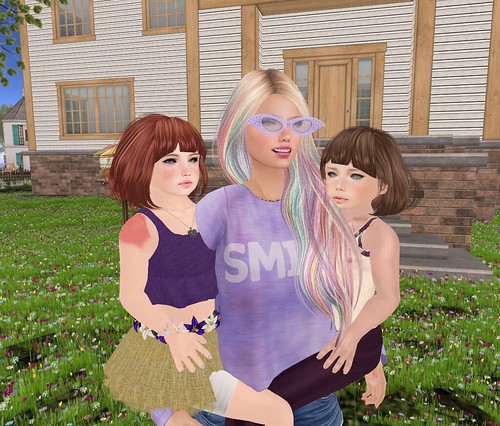 The girls got home late Sunday night and I was sooooo glad to see them. They had lots to tell me, all the little things that never make it to plurk, but they were also both super exhausted and needed to go to bed since it was late. I was just relieved to have them home! While they slept, I kept working on the up-upstairs of our house and added a craft area to the family room. 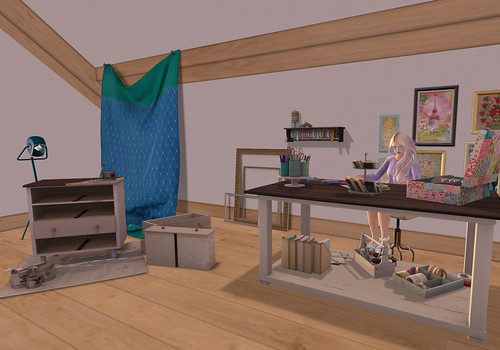 You know, as much as I am hating gacha these days, The Arcade will always be a fave because seriously, I have done SO much decorating using Arcade items in the past week. That's where you can get all the little knick knacks and decor items that really make a home.

Last night, both the girls were still tired so I went to hang out with my sister and the rest of the family. They had camp souvenirs to give me, including music/dance things to put on! 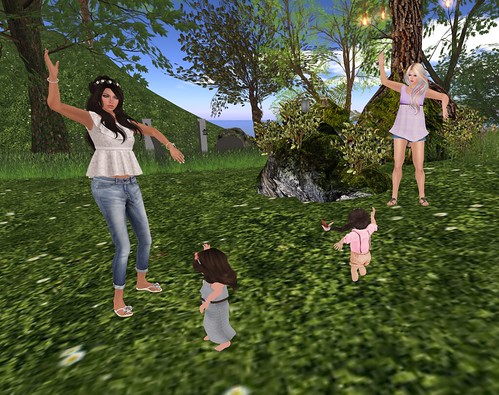 Then it was an all out fight for my sis to try to catch her dirty little kids so she could get them in the tub! Oh my gosh, Payton is FAST even with all the mud caked on her! *laughs* At one point, she snatched Riley from Lolita's head [because where else do you do the running man but on top of your mom's head?] and just ran! Eventually, Lolita got Riley and Raven to take their baths, but Payton managed to skip out on one again because her internet died. I have a feeling Lolita and Takeo are going to have to work together on this one!

Takeo was working last night on a camp video! Even though I didn't make it to camp, I made it in the video, so that's pretty cool. :) It's long, but if you're interested in camp stuff, you can see it. If you've never been to camp, take a look. You might want to sign up for the next one!