We Need A Maid.

It's kind of a running joke in our family that I don't feed my kids. My sis is actually tons better than I am at having mealtimes with her kids, and sometimes we tag along and Abby will steal something to bring home. I swear this is not on purpose!! I just haven't been able to MOVE around to fix anything to eat! Besides. We ate BBQ one day on the deck. Am I supposed to feed them every day? *laughs*

But now that I can move around in the house, I expect we'll have meals more often. At least, that's what I was thinking...

Tonight marks the return of the Bumblebees and Sim Scout meetings! [If you're a kid and want to come, the meeting is at 7:30pm tonight!] Since I am the den mommy again for this scouts season, I headed to our kitchen to whip up something for the after meeting snack. 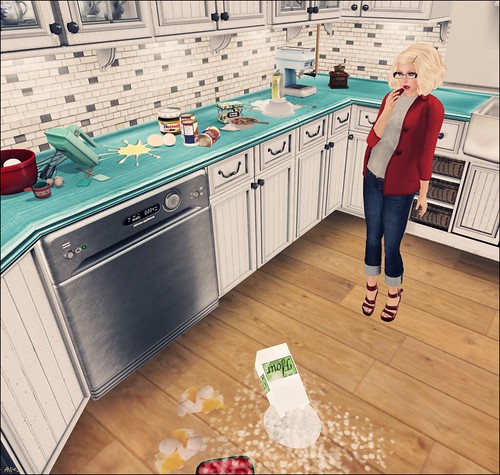 I use our kitchen so infrequently, I had NO IDEA what was going on in there!! Is this from Mother's Day??? Are they going in there and fixing snacks with food from who knows when it was bought?? Good Lord, we are one step away from ending up on an episode of Clean House. [I'd say Hoarders, but the rest of the house is pretty clean.] 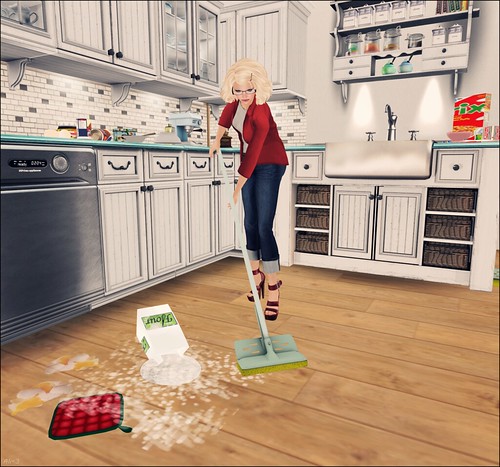 Where are your favorite places to get food in SL? I've heard there are restaurants, too. Do you all know of any? Let me know! I'd like to feed the girls more often so they aren't in the kitchen making an unholy mess.

But the Bumblebees will have a snack tonight. So...there's that.

Posted by Alicia Chenaux at 1:01 PM