I'm not really much of a party girl in SL, being that I'm mostly an introvert and I'm also fairly shy. But today I've been party hopping. I went out to the sim opening party at Rigby and it was really fun. :) Good music, good people. I wasn't able to catch a photo while I was there [thank you, SL, for being horribly laggy today] but there were a TON of people there.

I hopped over to the Second Spaces party later. As you can see from this photo, which I caught right before I crashed, it was also packed. :) 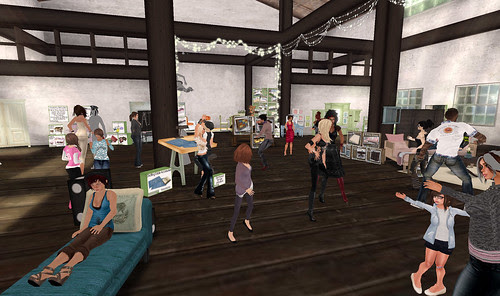 But like I said, I'm mostly an introvert. Large crowds can drain me quickly, especially if I'm not familiar with the majority of party people. I do very well one on one, usually. And parties that I throw with all my friends do not wear me out often. At other parties, however, I just tend to stay quiet and observe. So if you ever see me at a party and I'm not really saying much, don't think that I'm not having fun. I probably am, I just have quiet fun. :)

There's another party tonight that I'm going to, so until then, I'm sitting on Nigel and catching up on plurk and IMs. 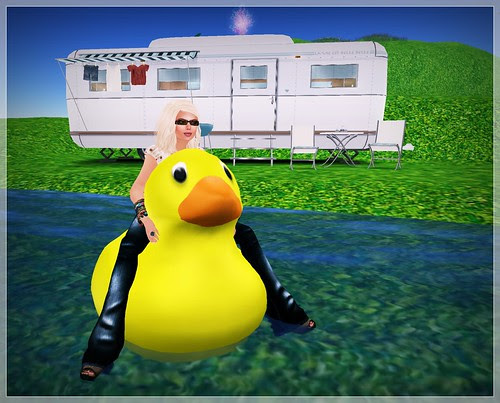 Oh, by the way. That trailer behind me from Belle Belle? You can't really sit on the bed or in the chairs without using the poseball menu. If you try to, there is ONE spot you can always sit.

Sophia found that out earlier. 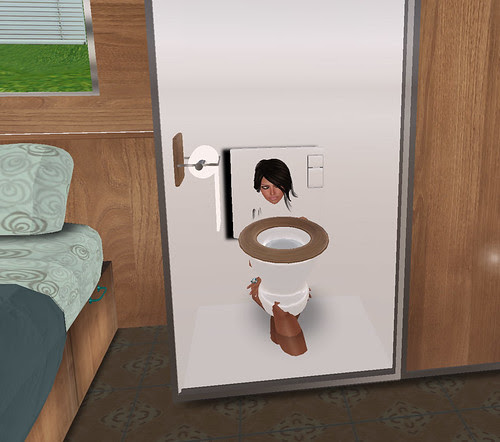 She probably should have turned her AO off first. :)

Posted by Alicia Chenaux at 4:17 PM

You are soo lucky I adore you.

OH! Poor Soph, you would post a picture of that!

Hey, I fell unconscious at a role play dance I was responsible for today - twice! I'm surprised no one snapped a picture of me lying in a heap on the grass and posted it....come to think of it there is a blog I should check, she may have. :D

Next time I sit awkwardly, I'll try to remember to snap a picture and send it to you -- to make you laugh, or for publication if you feel like it. I do it frequently. grins

I am so impressed you are up to Day 132! You inspire me to bump up the blogging.