Like a lot of people, I was kind of sad when the Svarga sim closed down last year. The sim meant something to me for a couple of reasons, and although I didn't really visit often, I always knew that I could go if I wanted a quiet place to reminisce.

When I heard that it had reopened, I was glad. Today I decided to head out there to see if it was the same. I took a ride on a giant wasp all around the place. 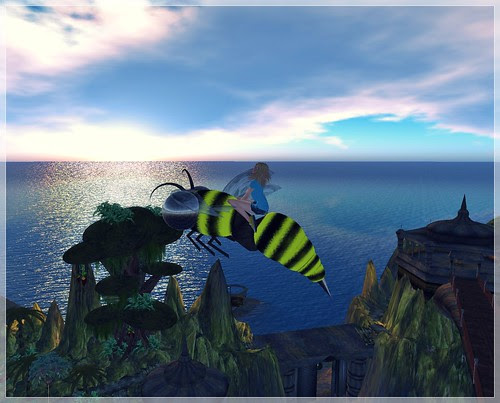 But it wasn't the same. Not by a long shot.

Oh, some of it was. The textures, the random people wandering around. That was all still there. 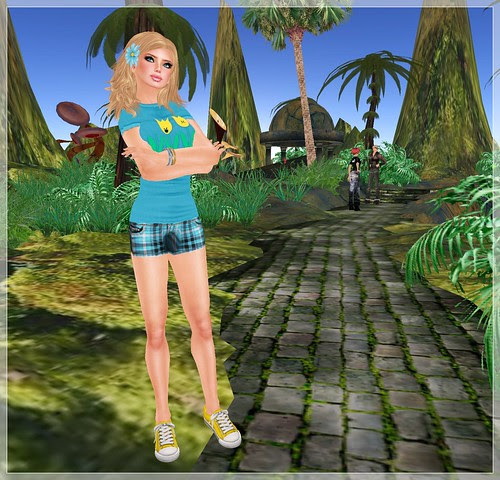 So much was different, though. You can no longer rez, so buying bird seed is useless since you can't drop the seeds on the ground to let the birds come. You can't drop your own poses for photos or to cuddle. The chat to sound area was gone [but they were hoping to get it back, so said the wasp]. As I walked around, I was looking for one very specific area, one that now just exists in my memories, but I never stumbled across it.

But I suppose that's the point, right? Svarga, at its heart, was supposed to be its own ecosystem. Ever growing, ever changing. And it has. And I have. In the years that have passed since my first encounter with the island, I've changed, and grown, and become a stronger person. So perhaps I don't need to return to remember old times. On my next trip, I'll stand and look at something different, and remember that moving forward is a good thing. Because if nothing ever changed, if people never grew, what would be our reason for getting out of bed in the morning? Things change, people change, and sometimes...that's the best thing that could ever happen. 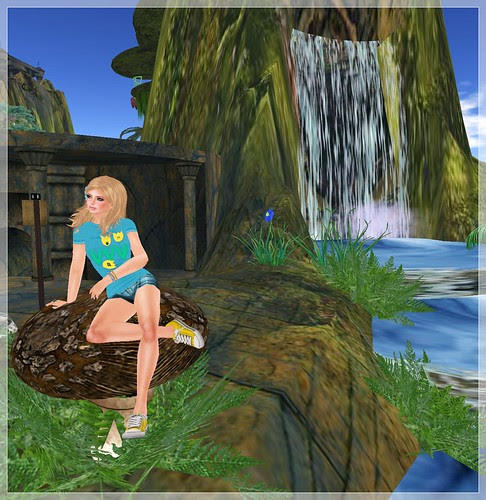 Posted by Alicia Chenaux at 2:23 PM

Your outfit is so cute, I want to steal it all, especially the shoes :)

I love, love, love this post. I spent a lot of time at Svarga during my first months in SL and even met my first SL "boyfriend" there. In fact, under a gazebo not unlike the one you're standing in. :P

I had no idea it had closed down, but if I'd gone back to visit, I would have been as disappointed as you originally were. Thank you for giving us another way to look at things. I think I'll try to remember it, next time I'm missing the way things were. :) <3