Episode 781: The One Where I Show Too Many Photos With Me In Them

Ok, I'm marginally better today, since I can't seem to hold a grudge or stay too angry for long. lol RLBF did something yesterday that just...ugh. If I were a different sort of person, I probably would have thrown a shoe at him. As it was, I just stayed quiet for the rest of the day, which is probably scarier to him than if I'd just thrown the shoe.

So last weekend my friend Sophia asked me if I wanted a picture done in my new skin. Her husband, Skyhawke Sodwind, does marvelous photos! They bring out the best in everyone, and aren't post-processed to death like so many SL photos end up being. Of course I agreed right away! LOL Tuesday night, I headed over. Cen and later Brody joined me in bugging the Harlow-Sodwinds. ;) Ok, so we probably didn't bug them TOO much. :) What came out were 2 gorgeous photos of me, and fabulous pictures of Cen and me and Brody and me. 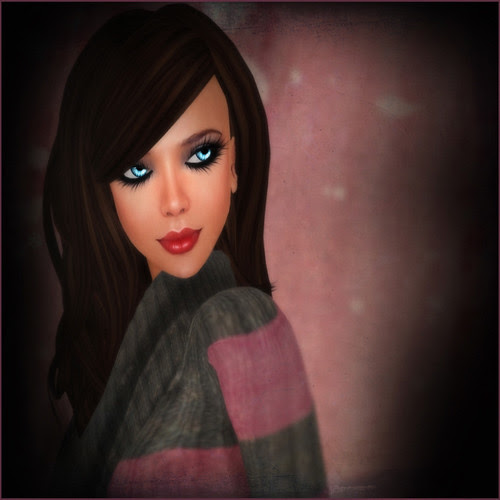 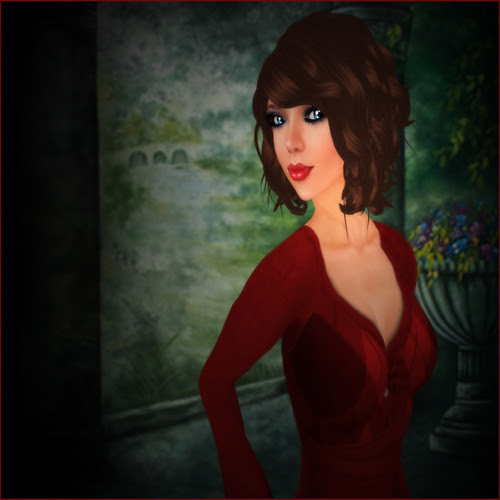 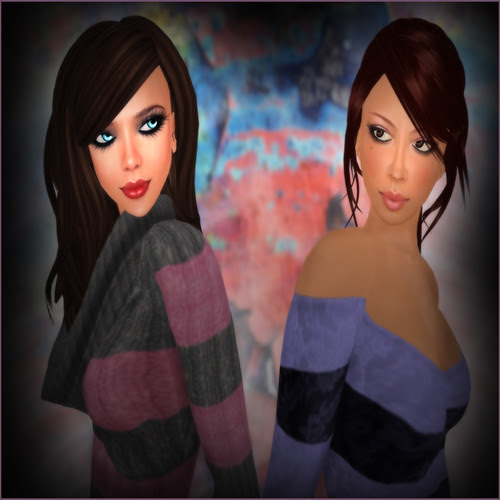 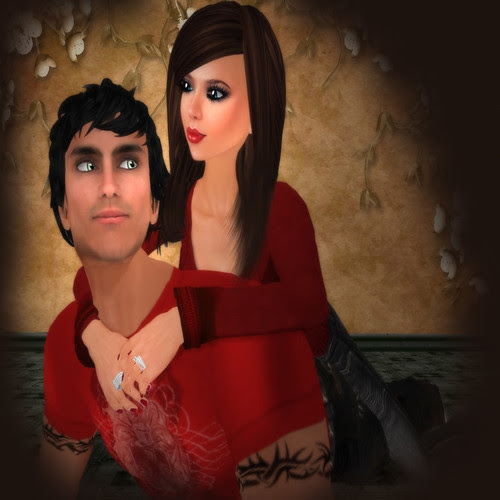 The picture of Cen and me was put together with separate pictures because we couldn't find a 2 person pose that looked good with both of us. And I'm impressed with the shot of Brody and me because in the studio, my arm was totally going through his shoulder. LOL If you look at my hair in that picture, it's all feathered out and pretty, too. If I wasn't so adamant about always wearing prim lashes, Sky would have given me lashes! But well, it's rare I'm ever without prim lashes, so he didn't get to do that for me.

Big thanks to Sophia, who has truly been my angel the past few months, for asking us if we wanted to come in for photos, and to Skyhawke, who brings out the best in people without totally changing how they look. You both are awesome!!!

Posted by Alicia Chenaux at 9:18 AM

Sky does amazing work, really captures the people I think, and as you said makes us look better than we ever have without changing us.

I love all the photos.

Wonderful! The one of you and Cen looks like good friends clasping hands.

I have one question for you --
HOW ON EARTH DO YOU GET YOUR PRIM EYELASHES ON SO PERFECTLY?????