So it started with a pair of ears.

Oh, let me back up slightly. For the July issue of Second Style, I did the mini-guide on elf ears. I'm not an elf or anything, but I now have ears in my possession, so I decided today I'd have some fun and wear them. After making a stop at one of the many stores in sales this weekend, I saw the cutest, tiniest little skirt. I then knew my calling for Saturday was to be a trashy little elf.

My wifey Ulaa decided to trash up with me and we headed to a very ... well, it was supposedly a goth club, but it more like where goth fashion goes to die and the words "2005 called, they want their Ronjas shit back" was said a lot.

At least we were trashily cute. 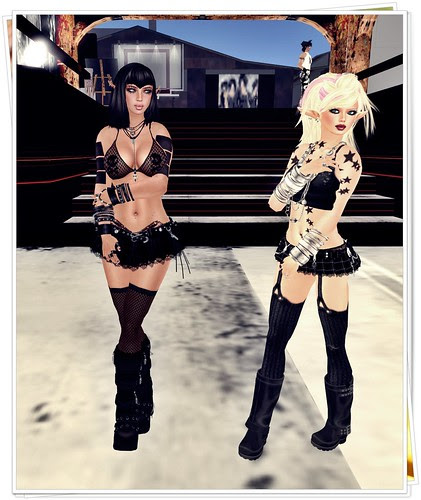 So, the best part of the night was this guy named CarlTheRipper who decided to IM Ulaa. He told her he liked her ass, and then let her know that he had a big cock. I cannot make this shit up. 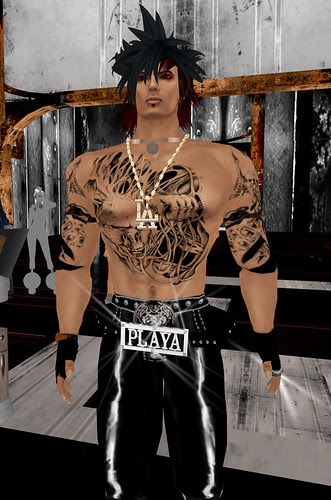 So Carl, after letting her know that he had a big cock, said he'd be glad to show it to her if she'd follow him, because he didn't want to whip it out in front of everyone. The club was pretty packed, so I guess that's good? She said that she'd follow only if I could come too. He said to follow him up the stairs. He walked over to the side of the club...which you know, was still pretty public. But I guess he figured it wasn't. And then... 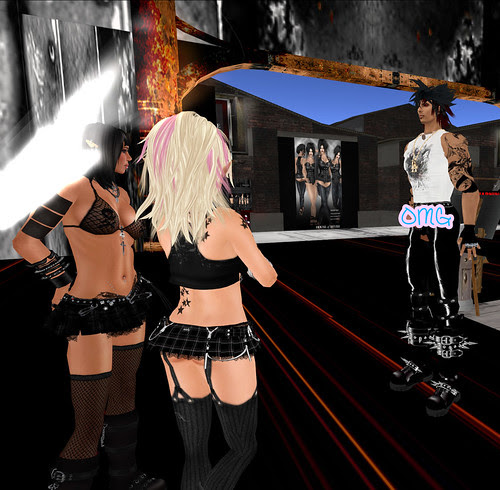 Yes. He whipped it out.

I told you, I cannot MAKE this stuff up!!!

After he showed us his freenis [which wasn't all that impressive, btw], Carl teleported Ulaa to a free sex place, since you know, he doesn't have a home of his own. At the free sex place, we encountered some super bad strippers. THey were basically just dancing on the poles and asking for money. No emotes, nothing. And if they'd been HOT, maybe that would have been enough, but alas. 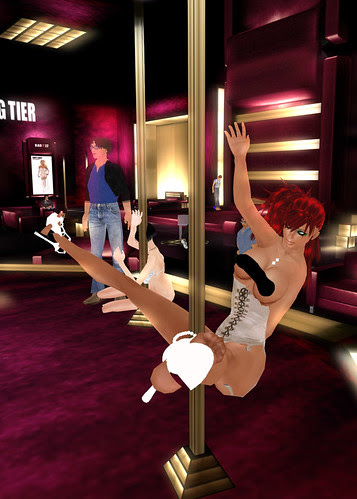 That was pretty much enough excitement for one night. We went shopping afterwards. She also got to hear me freak out about a baby lizard and eat pretzel M&Ms. I guess it comes with the territory of being partnered to me. 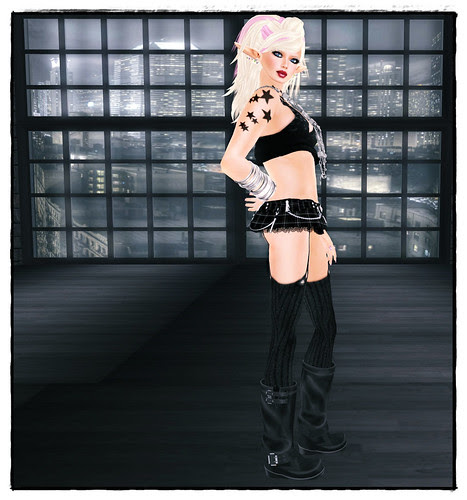 Posted by Alicia Chenaux at 2:24 AM

It looks as if Carl was new to SL. I figure he might have been. Btu even if he wasn't...wow, just wow. I haven't come across anyone like that for a while now (thank goodness, I suppose). Hope you two still had a fun night though!