I'm on my way to bed after a very busy, but very fun, night!

I was hired to do a 1 hour set at the grand opening of the Casa Spa by Dorian over in the Costa Rica sims. Yes, a spa in SL. :) I've blogged about another one that's in SL last year, but you know, I STILL haven't booked an appointment to any of them! It was a fun little set, but the best part was that Brody got to come hang out with me. We simply don't get enough time together in SL, so having him by my side while I did my thing was just awesome.

And a little distracting. ;) 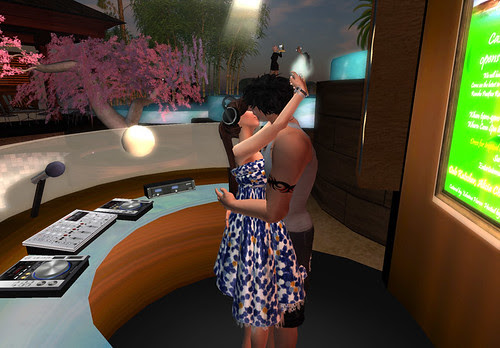 Big thanks to Bibe, Mena, and the Casa Spa staff for having me out there.

Now, since I had my stream up, and since everyone's been wanting to have a hump day party...that's exactly what we did!

And holy cow, y'all. It turned into a circus quick. We had 30 people there at the peak, and I am pretty sure I only knew about 10 people. LOL!! But hey, it's not like it was RSVP and after a while it was like, the more the merrier! [A line stolen from Cher Horowitz. Don't know who she is? Tsk.] 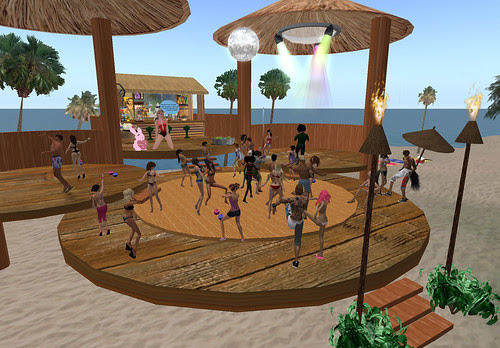 Lots of craziness, lots and lots of chatting, lots of dancing, and lots of fun! Even Laleeta got in on the action. Well...kind of. She was snoozing while we were partying, but she didn't want to be left out of the fun! Sophia was an absolute angel and kind of took over as hostess, which I appreciated GREATLY because it's often hard for me to do the DJ thing and host at the same time. I don't know that she was hostessing as much as just talking, but either way, my hetero life partner took one for the team and ended up getting quoted on another blog. LOL!!! I won't say which, you'll just have to look around for it.

After the party started to wind down, we headed over to the tringo area [yes, Bluebonnet has much to do sometimes!] and we had a few games. Some of the people had never played Tringo before, so it was fun to get to teach! I kind of suck as a teacher, but luckily they're smart and picked it up really quickly. :)

This was after Bone FINALLY won a game and he chose "Bone" as a blockset. LOL 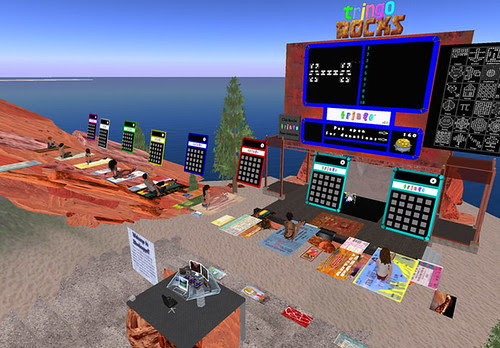 After the game, I spent some time chatting with my girls about the party. That's always the most fun for me, when I can change out of my party clothes and we can talk about who was there and who wore what and who said what. Have I ever mentioned how much I adore my girls? I'm blessed beyond reason to have found them, and I say that in all honesty.

I'm finally heading to bed, exhausted but happy. Spending hours with Brody and my friends? It makes this blogger one happy happy lady.

Rawk!
I never played Tringo too now that I think about it!