So the other night Brody and I were hanging out and I get this IM from Sophia.


If you have no idea what I'm talking about, here's a tiny history lesson, yanked from what I've found on Google. Back in the day, Light Waves [yes, of Rezzable fame] was Starax Statosky. And Starax created a magic wand. The wand responds to I believe 150 words and when you say a word, a creation comes out! There aren't many people with the wand today, it's no longer sold, and it's not transferable. So it is a TRUE collector's item, and one that a lot of people in Second Life have never seen in action.

So when I told Brody that Sophia learned he had a wand, he said that she should come over and get a demonstration of the wand. It's so much fun to play with, and he never minds showing it off. I TPed her over and we got to playing. 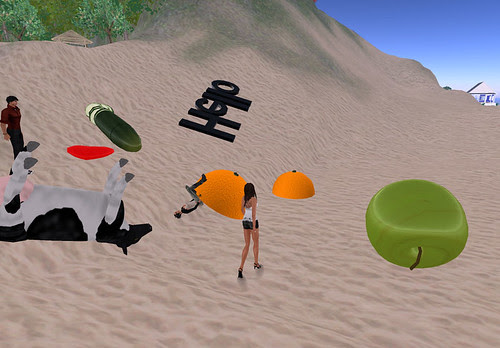 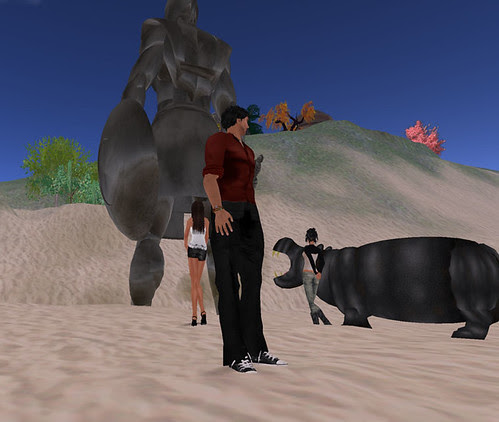 Nothing is sculpted in the wand, it's all prim work, and it is FANTASTIC. There's so much!

My favorite favorite favorite thing in the wand is when you call for the Gallows. Gallows pop up, you select Farewell, and suddenly you're in a long dark tunnel and you have to go towards the light. The light ends you up in Heaven!! 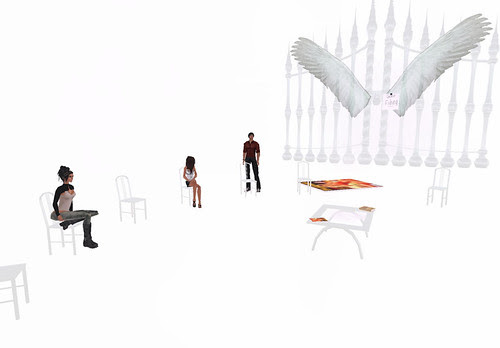 Well....Heaven's waiting room, anyway. LOL! We sat around, but I guess the angels were just too busy to come get us. Or they saw us coming. I'm not sure which. 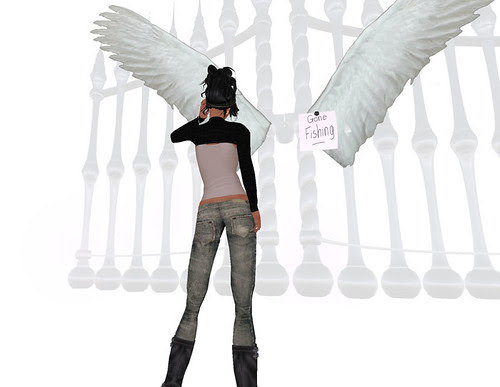 I love that wand. Of course, Sophia and I are about 12 years old at times and we couldn't help talking about how we shared his wand, played with his wand, and the wand was so big, she almost fell off. LMAO! I love that girl.

Thanks babe, for letting us use your wand. ;)

Posted by Alicia Chenaux at 3:56 PM

o.m.g. I have always wanted to see one of those in action!!! *dies of jelus*

Okay...his wand is amazing.
Ali is a lucky girl to have that wand so close to hand.

And..I so love you my little hetero life partner.