So my friend GoSpeed mentioned in plurk earlier that Blue Mars was having a small fashion show this morning. I'm not a huge fan of Blue Mars itself, although I do pop in once in a great while to see what's new, but I could not resist a fashion show. Especially since I wasn't really aware that people were creating a lot of fashion there.

One nice thing about clothes in Blue Mars is that the shirts actually lie across your chest correctly, unlike in SL where it is reeeeeally tight. But, the fashion is not really what you'd see on the runways of SL.

[Please excuse the photos. The camera controls in Blue Mars are really hard to work with, as is the lighting. I also couldn't figure out how to take a snapshot like I do in SL, so I had to instead get screenshots.] 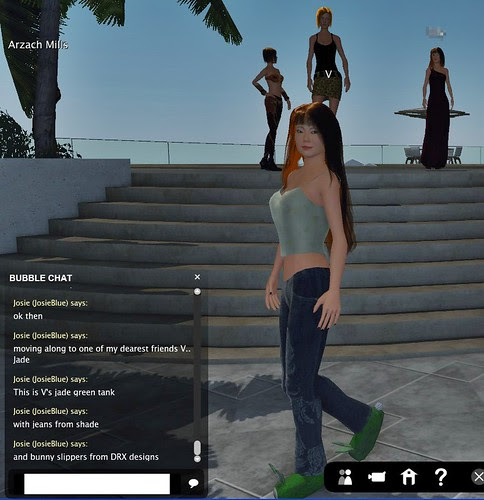 As you can see, the little shirt lies pretty well across the body. I wish SL would get that going. It would be nice to wear a shirt without it sucking in between my boobs. :-p

Still and all, the clothing is very very basic there in Blue Mars. If it was SL, they would consider it "Low lag" because there's not really prims on anything. 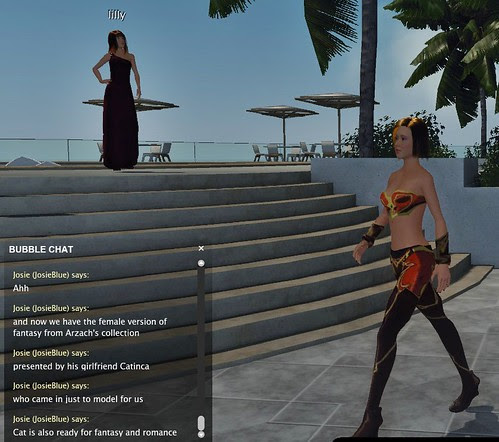 And from what I can see, all skirts are system skirts. That makes me unhappy. If they can make my hair bouncy, I want a good skirt. Maybe there are some, but not in this show. They are kind of interesting, but nothing I would really wear. 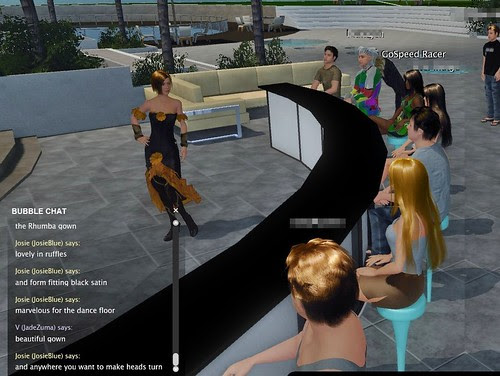 Blue Mars is still not a virtual world that I think I'll frequent often. At least, not until they get the movement and camera controls working better. :) 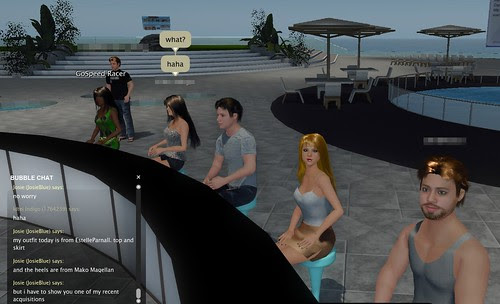 BM is still a rough beta but it keeps chugging along with small improvements here and there. The "system skirt" analogy is a fair description of BM clothing. In fact all clothing except for attachments is like system skirts. They are more akin to objects and aren't simply textures painted onto the avatar. So no more boob-clinging -and ass-crackin' outfits!

Blue Mars -- oof -- I can barely handle one virtual world.