Omg, soooo much fun tonight. And I've had a couple of drinks, which I NEVER do, so my typing might be all over the place. I'm sorry. LOL

Rylan and I had a challenge with each other earlier. She tends to lean towards very dark pictures, and my pictures are usually pretty bright. So we decided we'd take a pic of the same thing, and I'd do it dark and she'd do it bright. And believe it or not, it was harder than it sounds! I honestly don't know how to really do dark pictures. But we both took a picture of Clementine, and this is how my final product came out. 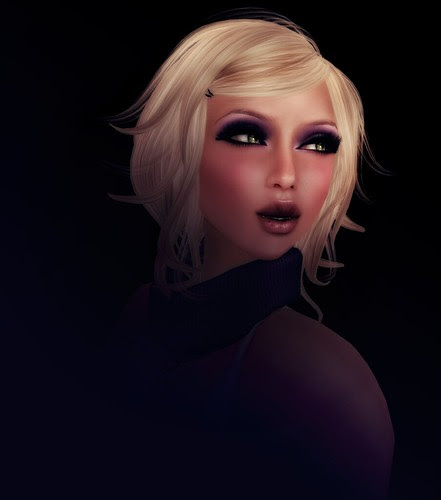 I took several shots of her, so I might do another one later when I have more time to work on it. That one took about 15 minutes, so I think I could do a lot better. Oh, and you can see the one Rylan did of her on her Flickr. It came out way better than mine.

After the picture, we were still up there, and I snapped this shot of Clem & me playing in this bloody tub that was inspired by one of the photoshoots for America's Next Top Model this past cycle. 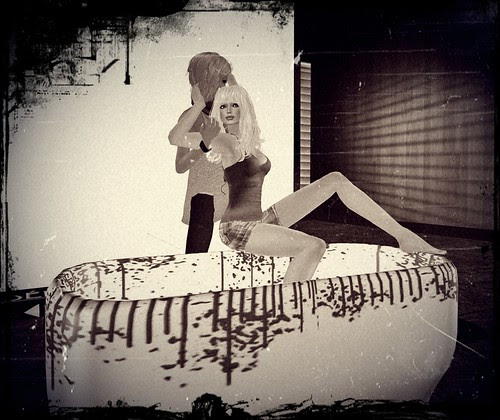 Then Clem pulled out another tub and got in. I don't know. We were all about tubs. 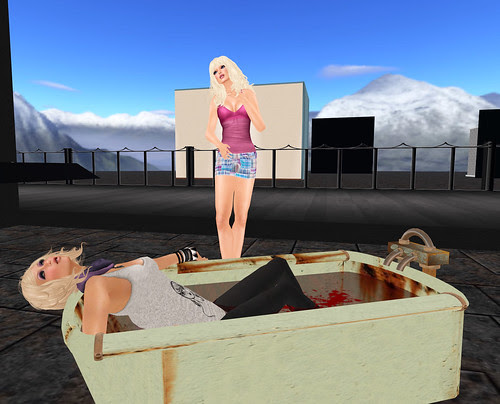 Somehow we decided to dress in obnoxious outfits. I think I was the most colorful, but Clem was Nutella. Who doesn't love Nutella?! 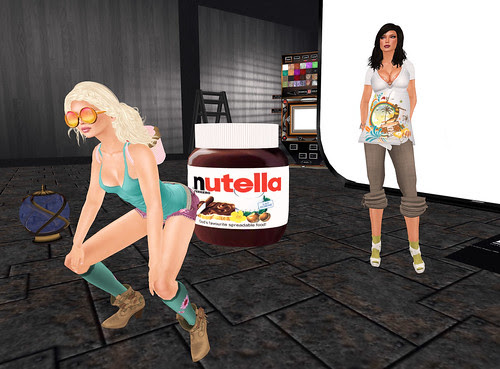 After the three of us ran around to our own theme music, and did some other things that made me laugh until I cried, we decided to go back to Bluebonnet and play with the Truthball. I'm not sure why we decided on dirty questions, but that's the way it was.

Don't we look TOTALLY innocent, though? 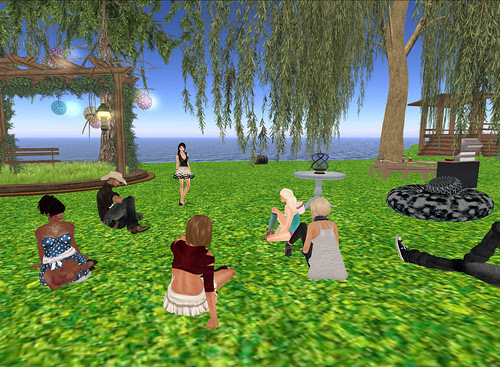 This was EXACTLY the kind of night I needed after this past week. Good friends, good fun, a LOT of laughing. Absolutely perfect way to spend my Friday night. :)

Sorry I had to leave so abruptly but I had such a good time and laughing was just the thing I needed too after this week. Y'all are the best! <3

Sooo much fun! I'm glad I came, I was nearly falling out of my chair with laughter, and I think Spudgy was too. Thanks for having us over!

Y'all are the best!lace wedding dresses

I LOVED that night! I was so much fun...there is nothing best than spontaneous ideas and a night of laughter! <3 Thanks!