Pose Store of the Day: Pffiou!

Today's pose store of the day is also another that is near and dear to me because although it's new on the scene, the posemaker has been a good friend of mine for almost a year. She's adorable, fun, and a bit crazy, and that comes out in her work. Who am I talking about? Well, none other than Laleeta Xue of Pffiou! [If you're wondering how to prounounce it, it's just like "Phew!"]

Pffiou poses are just perfect for those times when you need a more dramatic pose to show more action in your pictures. Although it's a new store this year, Lala [my name for her] started making poses last year for her work on her freebie blog Baking Cupcakes, and for her own blog. She is French, so many of her pose names are in French. I don't know what they mean usually, but it's ok. :) Hey, I get a language lesson AND a pose. It's win win!!

I've had an idea for a photoshoot in my head for a while now, and Laleeta's poses were just perfect for what I had in mind! 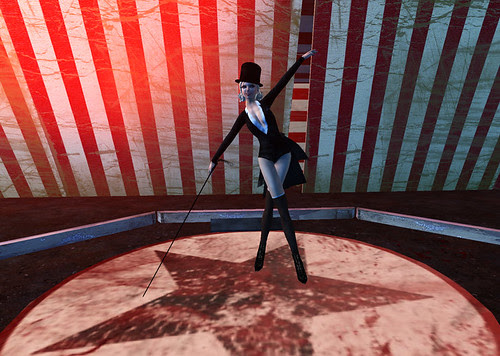 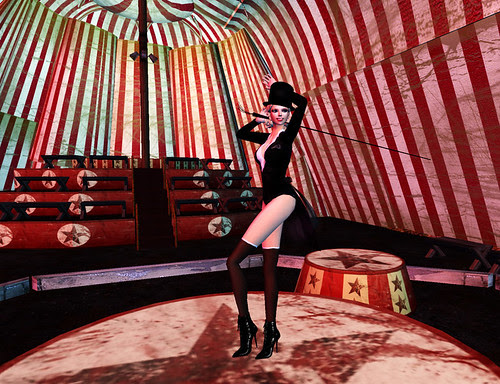 Don't stand there watching me,
follow me, show me what you can do.
Everybody let go, we can make a dance floor
just like a circus. 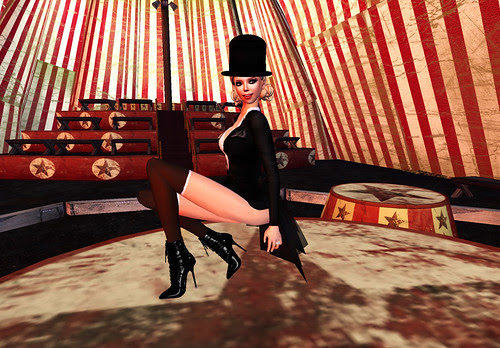 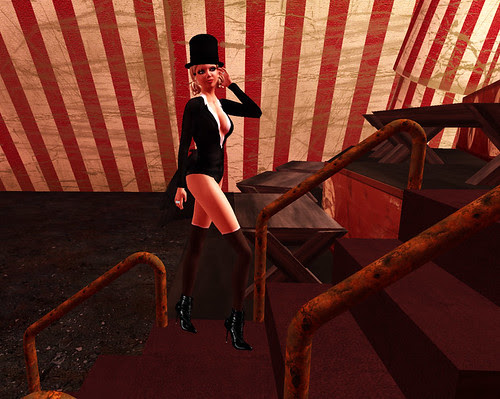 Along with the single poses, which are VERY VERY inexpensive at only $20L for a single, and fatpacks from $80L-$100L, Laleeta has couple poses and the fabulous 7 person Bleachers Girls pose that came out yesterday. [A personal favorite of mine because I'm one of the models in the pic!] Be sure to also join the Pffiou subscribe-o-matic to keep up to date on the new releases and to get gifts!

Photos shot at the Carnival of Doom

Oh you lovely, lovely girl! You look gorgeous :D !
Thank you so much for mentioning my store, and I'm not crazy am I...? *bursts into the banana dance*

Dude, those poses fit perfectly with you pictures! <3

OMG!!! Va Va Voom!!! You are smokin' hot in those pictures. What fun poses, too!