Randomosity - I take pics so I don't have to write.

I've been in a very "non-writey" mood lately. I have probably 10,000 blog posts floating around in my head, but I can't seem to sit still long enough to bang them out. What's keeping my attention lately? Mmm...parties with my friends, shopping, building a house [which I suck at, btw], IMing, talking on the phone, hanging out in the physical world, and gawking at the enormous TV we recently bought.

But, I do have pictures! The sad thing is that I have too MANY pictures. So today I'll throw 8 down, and tomorrow another 8. Or later tonight. It depends on how it goes. If you don't like heavy picture posts...I don't know, I guess we'll see you later, huh? :)


We had a hump day party this past week. Red Hot and everyone was definitely red hot. :) Is it wrong that I'm so proud of my little fiesta area, I want to hold all parties there? LOL 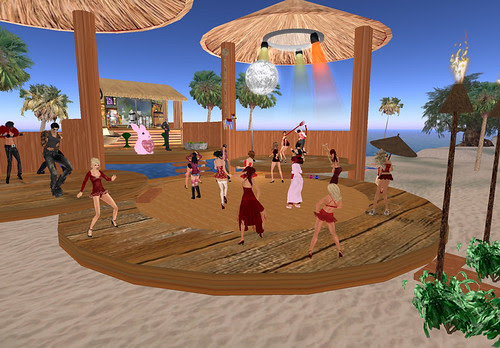 Jerremy took the red hot theme more literally than most. I also like this pic because Tymmerie's showing off a lot of skin, and you can see how awesome my necklace falls down my back. 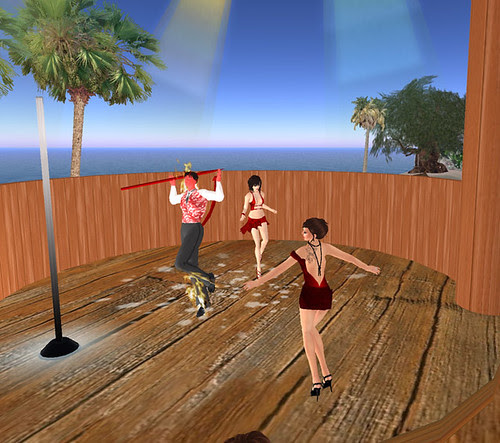 Saturday brought an awesome country event to Sacred. At some point during every party, someone ends up on a pole. I don't get it. But this picture cracks me up because Sophia is checking out her hubby Sky's butt. There also appears to be some butt action going on on the other pole too! 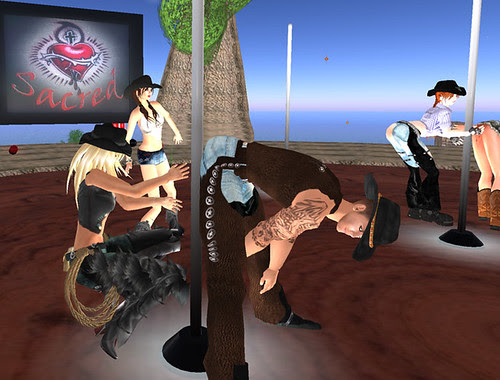 I didn't just check Sophia's out, I reached for it. 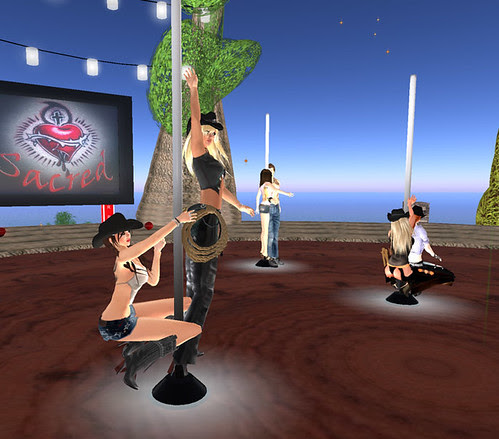 One night I just laid on the beach and stared off into space. That's one of my favorite things to do in RL. I would love the stars to be brighter in SL! 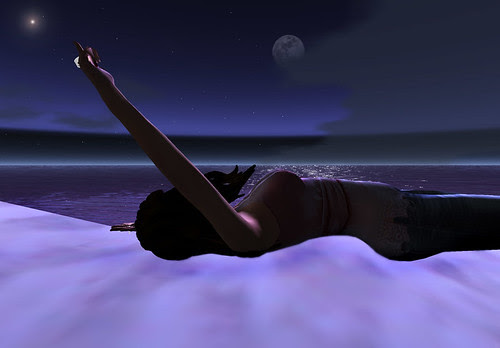 I don't remember when this was, but that's Sai dancing on Quaintly, who had been ringed because she wasn't paying attention to us and we thought she was AFK. 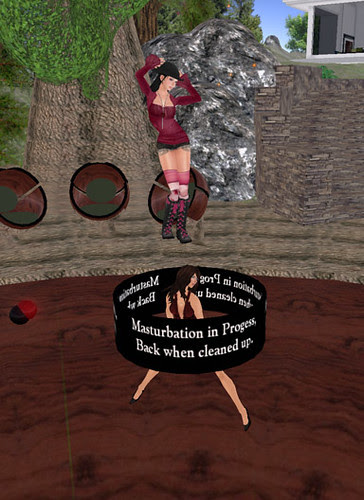 I'm building a house just to see if I can. It's...well, I don't know. I can't build really. LOL The house, as it grows, is becoming more and more trashy. But when it was just a little bit done, it looked nice and neat. I'm making Brody admire my prim skills in this picture. 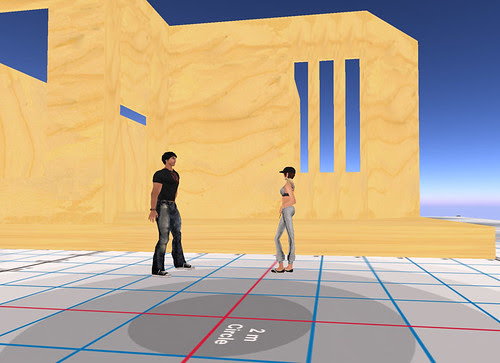 And because no post would be complete without her, my little Elle, stretching on the Armidi bag that she was napping on. I didn't make her sleep there, she just DID. It was the cutest thing!!

Next big pictures post, I have tiny avs, a new job, and an alligator. Or a crocodile. I totally can never tell the difference.

Posted by Alicia Chenaux at 1:07 PM

Hey Alicia, where did you get that white grid thing that you are using to build on? Oh, and by the way I am still trying to work on perfecting making a skybox that is only 6 prims. So, your building skills are quite impressive to me!

If you use the Mystitool sky platform, which I always do when I'm building, and choose "Grid," that's what pops up. It's probably helpful to good builders. LOL!