Omg, I'm getting tired. lol I promise I'll respond to my comments later. :)

Remember back in 2008, I used to do the "Oh look, she's tall?" posts? I stopped doing them mostly because I grew a little and the trend became these tiny little avatars. But, the glamazons seem to be returning. I TPed in to look at some jewelry and...well, as one of my friends put it, I could have motorboated her butt. 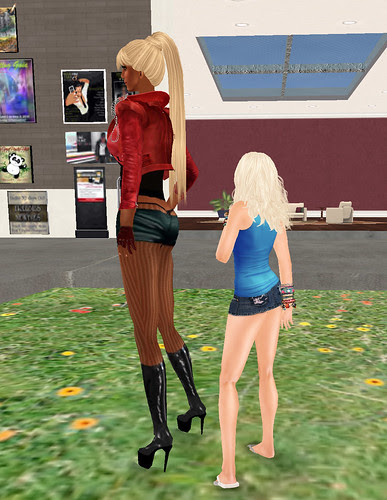 After that little scare, my new friend Runestar pulled me out of my house and we went to Rouge to listen to some house music and chat with Codie, Gabby, and others. :) 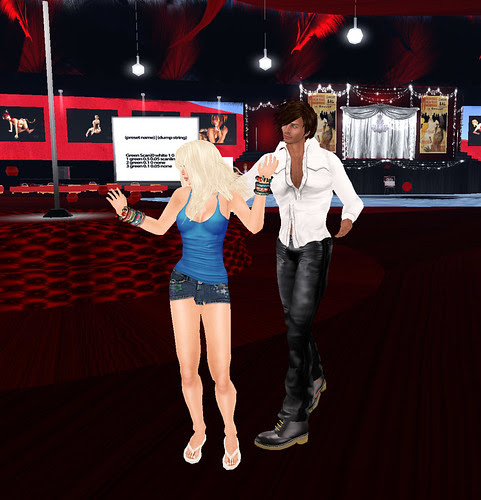 It was pretty fun! Afterwards, we went on home tours of each others' homes, and then we headed off to Patience Larkham's birthday party. My plurk friend Kelley was DJing! 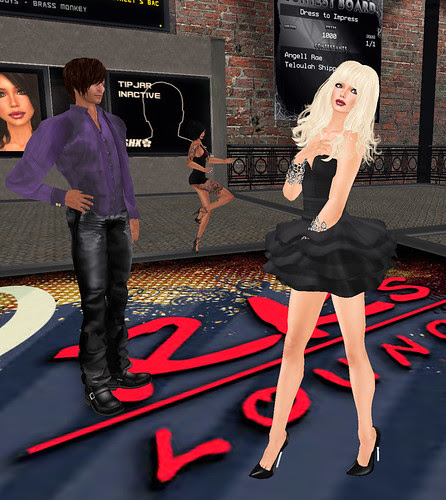 I had a blast because some of the group came out to party! We don't get together enough at ALL. We really really don't. 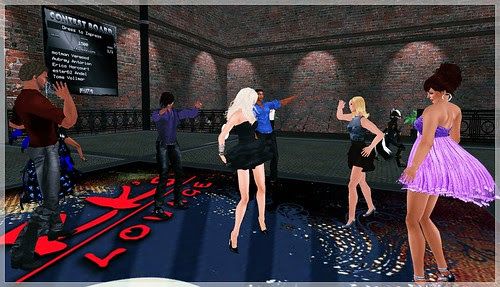 Heidi, Blackhawk, and Eva came out to party. My new plurk friend Landon showed up, too, plus a few other plurkers that I know. It was awesome! Just so much fun to be together. :) Rune even ended up joining my group. Nikki mentioned the PDOD & I had to explain what it is. He didn't run off screaming, so I'm guessing he'll be sticking around.

After the party broke up, I went home to change and Landon took me to SLeek, which I have not been to in ... oh gosh, well well over a year. It was laggy as usual, and I had to mute most everyone there, but it's been pretty fun getting to chat with my new pal. :) 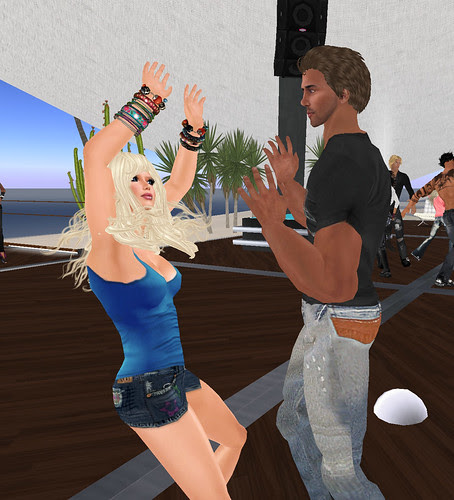 I'm pretty tired, so I think I'm going to wrap things up in world and head to bed. As an introvert, all this socializing is wearing me down. If I had a little battery over my head, like on my phone, it would be telling me I had only 20% battery life left. LOL But I had a very fun night, so it's all worth it. :)
Posted by Alicia Chenaux at 11:03 PM