I don't usually make a set playlist for the parties unless there's a real theme [like the sock hop] but I do put a bunch of songs in a folder just so I'm not totally flying blind and in case there is a lack of requests. But the energy of the party people really defines what I end up playing, that's for sure. :) It's so much fun for me to be able to do this every week, and nothing makes me happier than when I pick a song and people start saying how much they love it.

Anyway, I took a bunch of pictures and ended up with 21 that I liked. Of course I'm not going to post all 21 here. LOL But here are a few and then head over to the Flickr set I made for this particular party. I'm not Flickr Pro, so eventually the set will be pushed away, but for now it'll work. :) 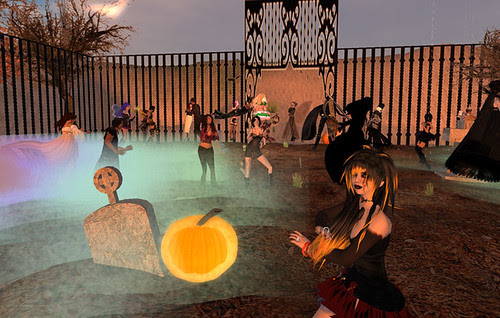 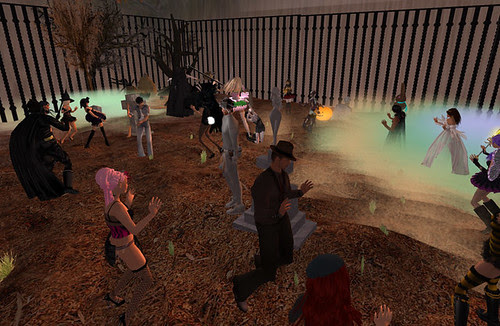 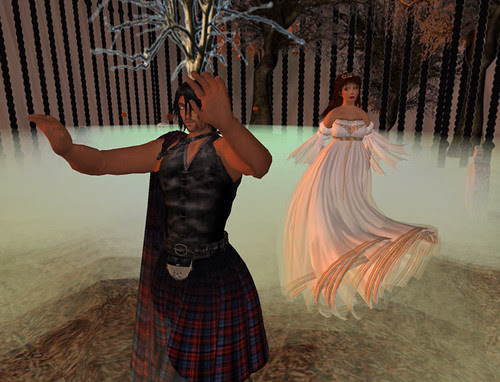 And once Leggy the Spider broke free... we took a ride. 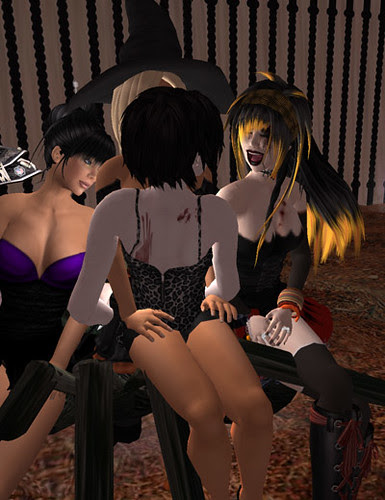 I'm tired so I think I'm going to sit and work on my costume for the Halloween SLelebration tomorrow that Tymmerie & Jerremy are throwing! I'm so excited for it!!

It was fun! My internet went out though so I was only there for 5 mins. =(

I took a few pictures while I was there as well.