So I have this friend named Sai. And Sai is totally adorable in many ways. If you haven't met her yet, you totally should. Especially if you're a single guy who doesn't suck. *coughs* But she also has this great store named Imperial Elegance where she sells these really fantastic poses that she makes. She recently had her store rebuilt and it is awesome!! So to celebrate that, she's having a great sale. I picked up a whole bunch of 2 person poses out there, plus a pack of mermaid poses all for $1L each. [The mermaid poses are a pack for $1L. Not that I have a mermaid outfit, but I can't pass up a good deal.]

My favorite thing that Sai has made has to be this moon with some built in poses. And it's a freebie! 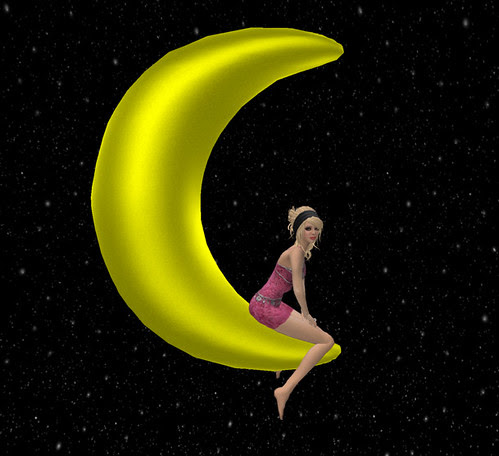 There's a moon with the menu script and one without, and 3 poses. It's so cute!! I am totally looking for a place for it on the island because I love it so.

But it's not wearable. Just so you know. And you wouldn't think that you'd have to say something like that, but the night I was out at her store picking them up, 2 people were in there like this: 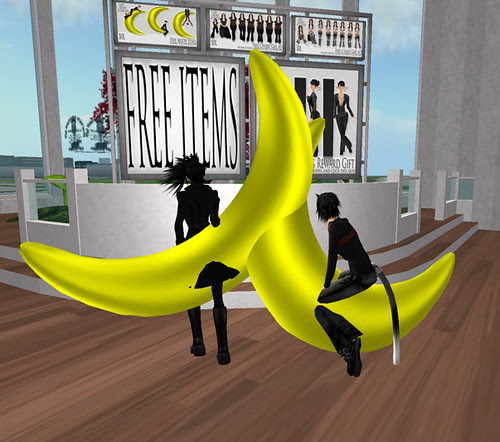 Sai also is now doing the picks reward thing that is so popular. The gift for November are some wall poses that I love. She even includes a menu driven wall in case you don't have your own. :) But I threw the poses in my Imperial Elegance posestand [I have posestands for different stores once I get enough poses from one store] so I could pose anywhere. 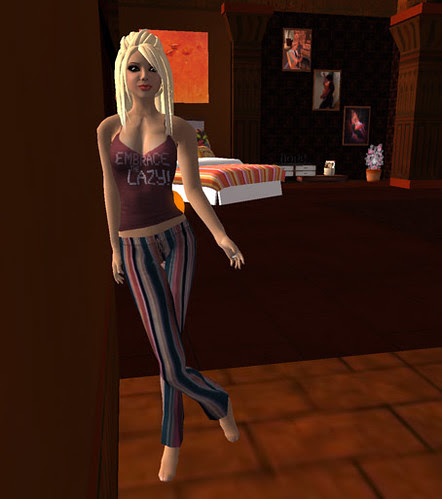 Oh, Sai also has freebie AOs for women, one which is for a larger sized avatar, that are very natural and subtle. If you don't want one that has your arms shooting over your head or your hip shoved out to the side, I recommend these. :)
So go out to Imperial Elegance and do some shopping!!

Awww~ as I said in Plurk, you make the poses look so darn cute!

Thanks for the heads up about the people wearing them too, I have now changed the names of the moon props to say stuff like "Your head will explode if you wear this. Please Rez instead." and such. (Ok, maybe not *that*, but I think they are a little more clear about what to do with them.) :D