I have.... too many pictures to show. LOL But my Saturday didn't go as I'd planned it to go, RL or SL, and in fact ended up being a lot better than I could have guessed. :)


Cen took me to Tempura Island to do tai chi and lay in the flowers because I was all antsy and stressy again. 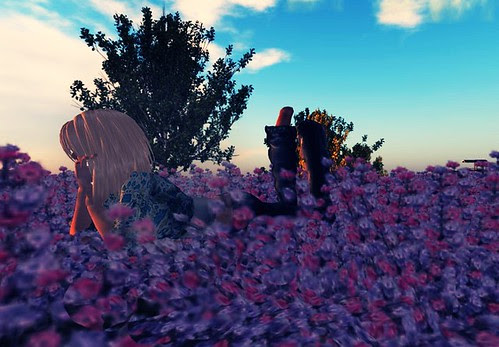 Then I went to a club to watch Bellalera in a Rat Pack cover show. It was pretty cool, but almost as soon as the show started, I got caught up in rental stuff and then a very much needed phone call. :) But I did get to sit with Ms. Emerald Wynn! 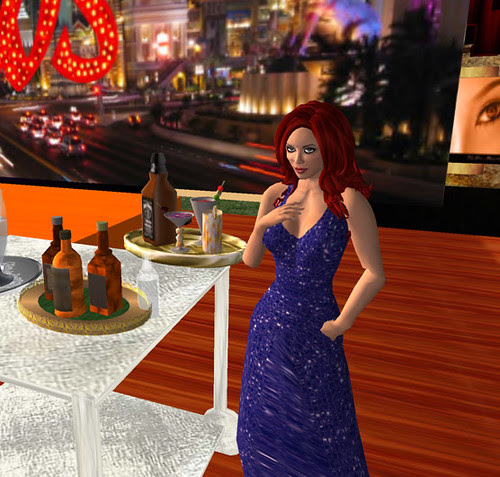 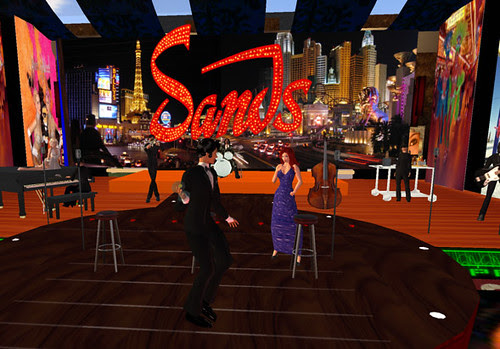 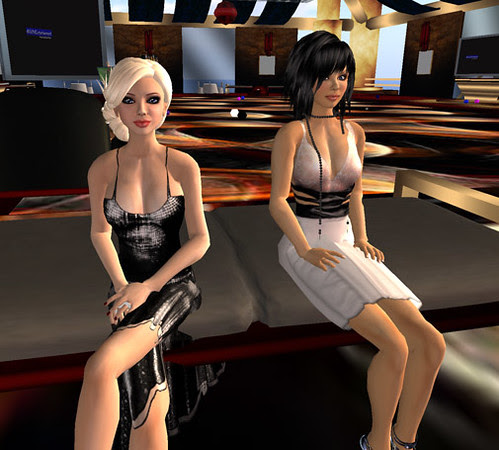 So I finally got around to modding houses for the beach on the part I'm renting out. Afterwards, and after going out to dinner and doing some other RL things, I got bored and started dancing on our party deck. I invited the Ch'Know group out there just for dancing, talking, and inventory sorting. Emerald and Laleeta pulled out their "men" from Weird Shit [oh yes, I said it] and then we decided to take some pictures.

The thing is....no one should ever leave us alone for pictures. 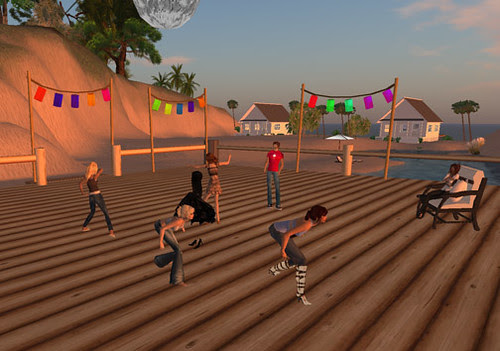 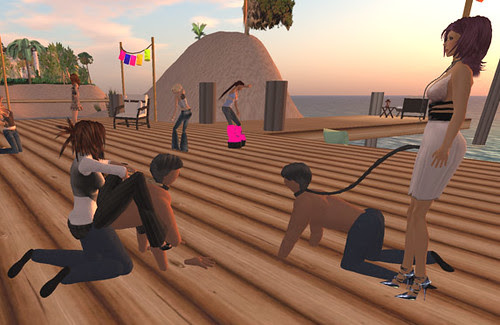 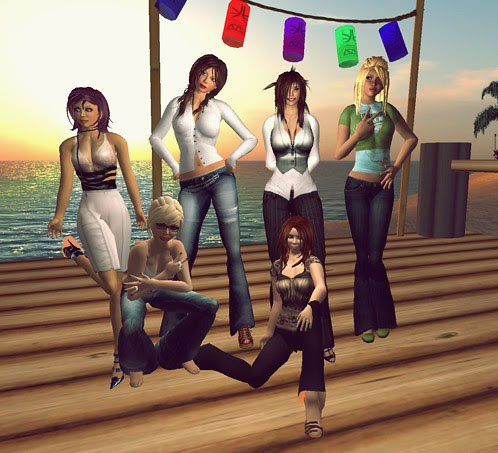 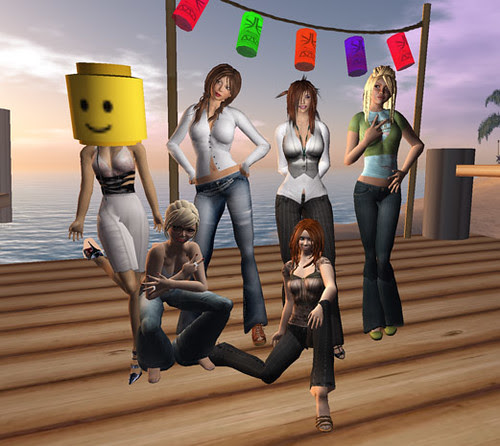 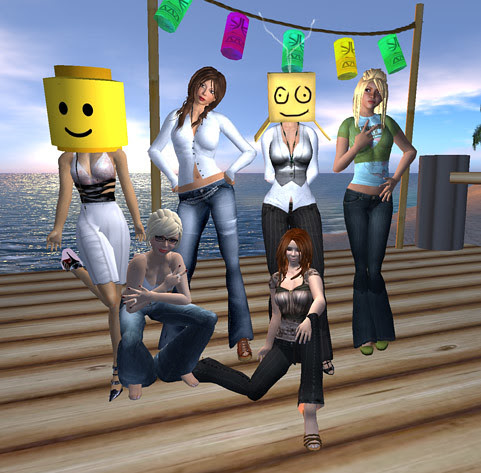 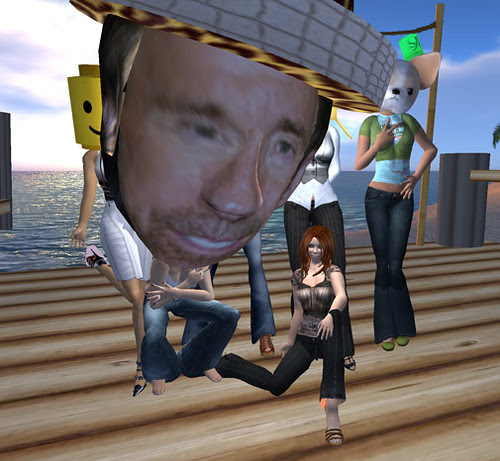 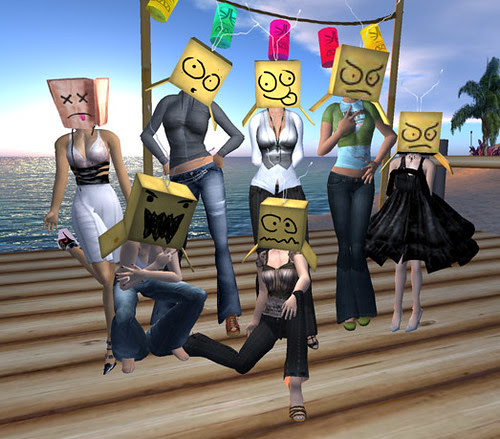 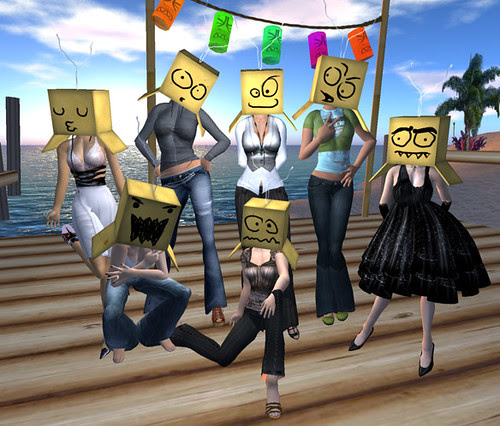 Because we can't leave well enough alone, we had to get into full boxbot avatars and spent some time running around the deck before deciding what to do for the night.

We decided to hit up the Glamour Expo. 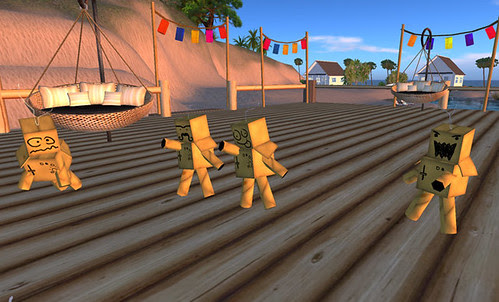 (Sorry for the crappy quality of this. If the better one ever processes, I'll switch out.) 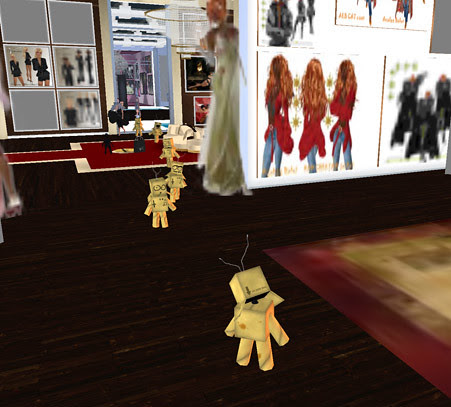 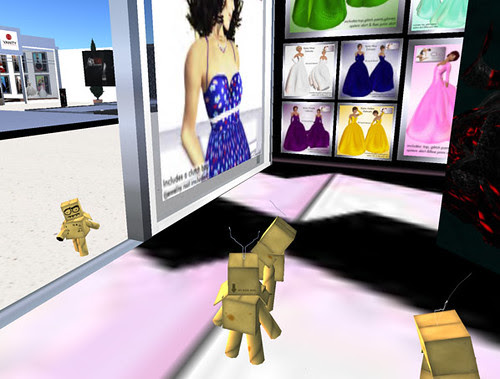 We stopped to dance to "Celebration." This woman just stood there pretending not to watch us. 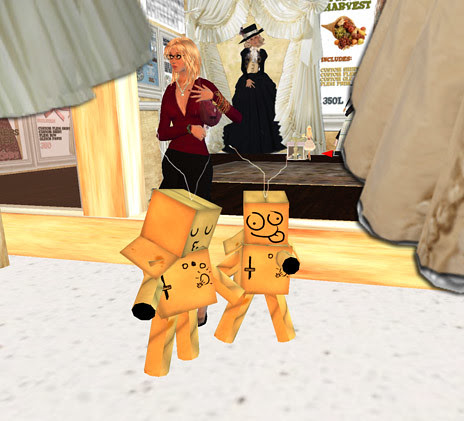 JamieNoah Breguet of Ci:Di asked us to pose for a picture in front of his shop sign. We willingly obliged. We'd lost some of the boxes at this point because they got sleepy. 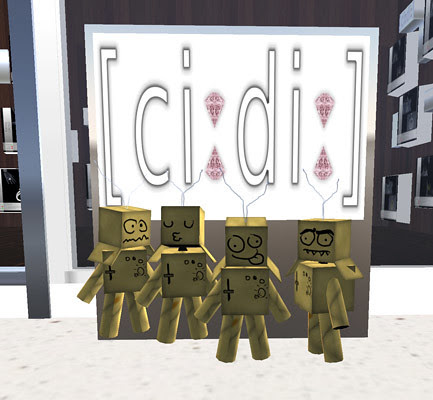 Also a special shoutout to Pixieplumb Flanagan of Baby Monkey for being so awesome to us little boxes as we went scurrying past her.

I have said often that I don't think I could have gotten through the past few weeks if not for the friends that I have in SL. Their kindness and compassion to me in times when I didn't even have the words to tell them what was wrong has been wonderful. But it is their craziness and their willingness to go out and be nuts and laugh until we're all crying that keeps me strong. :) I love you guys!!

Posted by Alicia Chenaux at 4:05 PM

boxbots ftw! we need to choose random events to crash in boxy goodness.

Some days just randomly work out so perfect, that's the beauty of SL and good friends.

Yes, I agree, the adventures of the Box Squad are not over yet...

Cuteness, so much cuteness!

Boxes Squad to position!
We were so damn cute too!

Oh my y'all are hilarious! I'd have loved to have seen little box creatures around my tall-self!