I didn't have much to say today. I spent a lot of time tonight flitting around buying pieces of things here and there that I like for our home. Nothing that really went with anything. lol But since I don't have much to say, and haven't taken pictures of anything that I bought, I thought I'd just throw down some pictures that never made it to the blog.


I forgot the site I used to make this picture, but I have it saved somewhere. 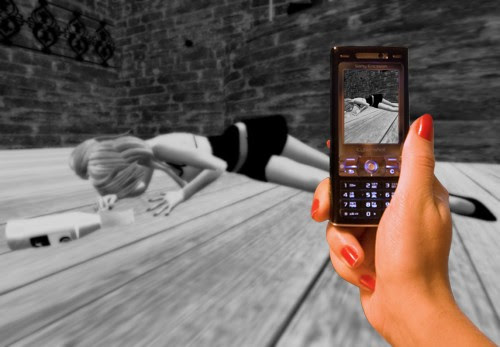 This was one of the last days in our Orcas skybox, after we'd packed up and after the bed and tub were removed. It's way sad. 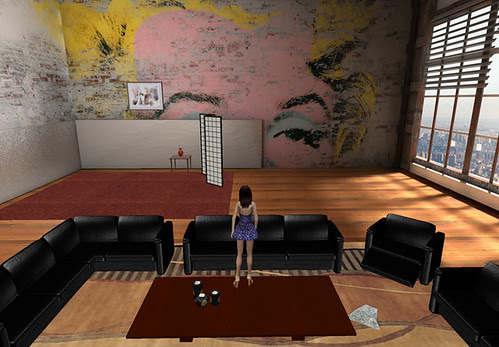 This hair reminds me of a Ralphie May bit about the Starship Enterprise being on some girl's head. lol 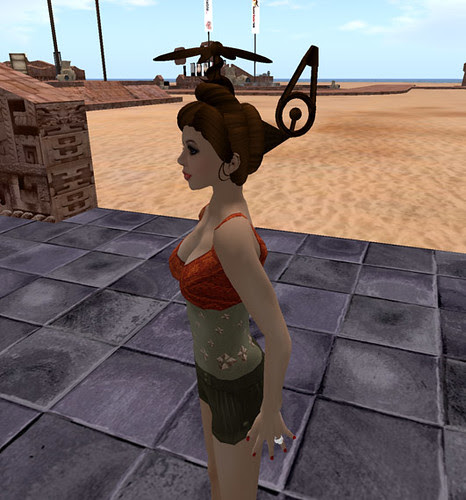 We walked over to the Carnival of Doom from the Hair Fair. I got dunked and sent to Hell's waiting room. lol 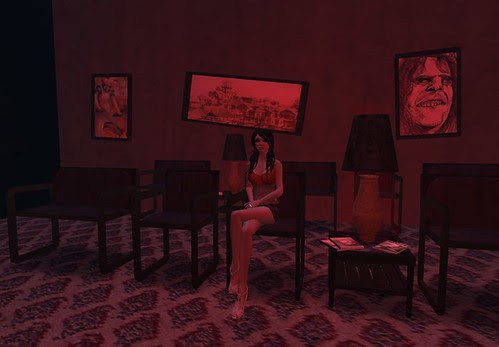 This picture cracks me up and scares me all at the same time. lol 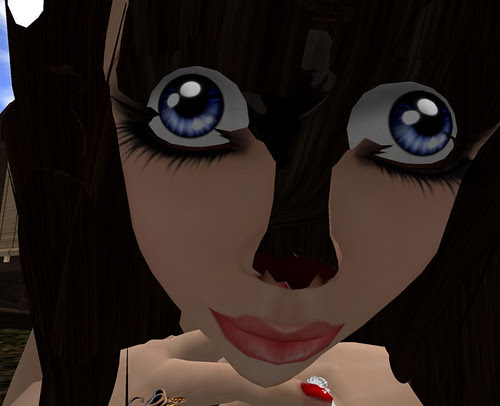 After I'd done a little decorating. 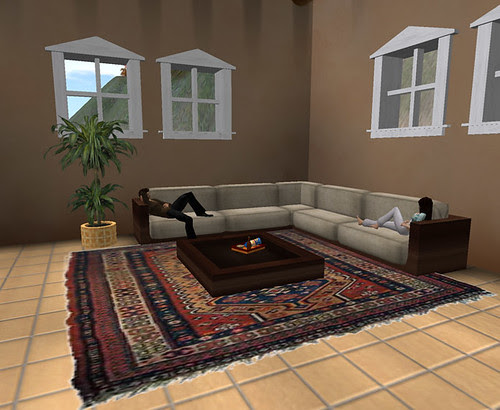 Levi being living art...and me inspecting my shoe. lol 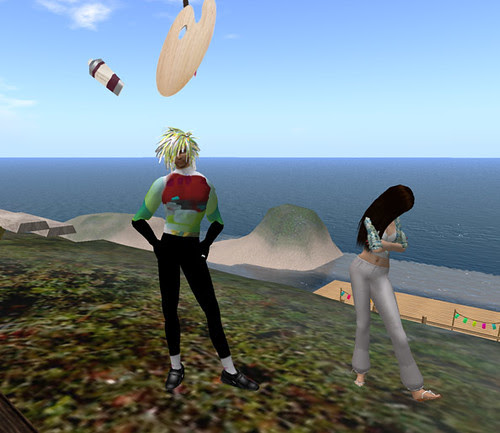 Attack of the killer noob! 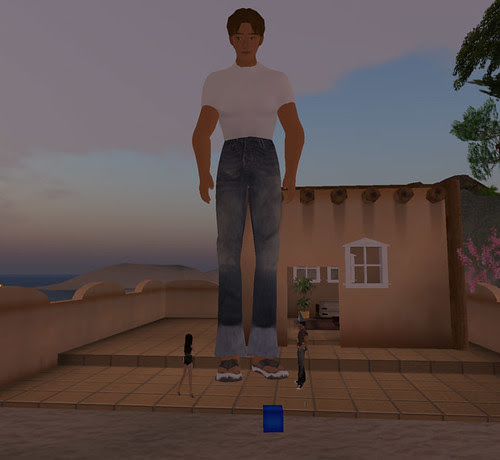 Me floating in Laleeta's balloon. 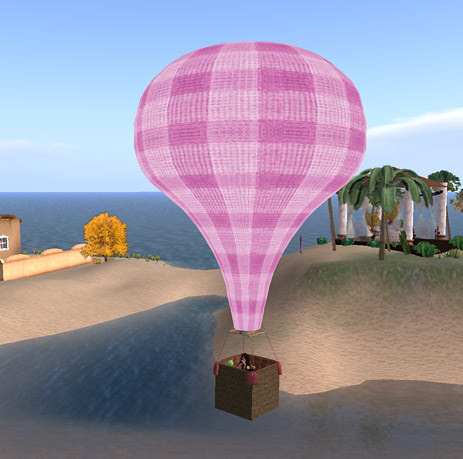 The pictures I took at Inspire didn't come out very well because for some reason I'm not catching prim glow on my pics. But someone floated by with all these sparklies and I caught a picture. 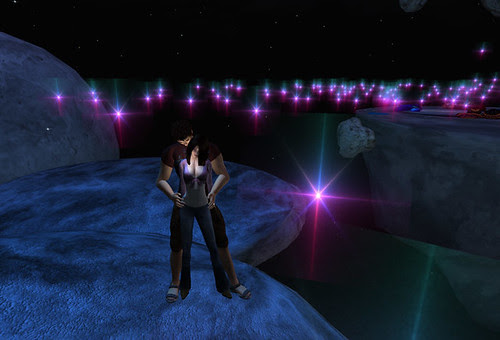 We'd gone to get some hair and noticed a cluster of people in the sim. Turns out, it was a bot farm in the air above the store. There were more than this there, but I didn't catch a pic after they'd all rezzed in. 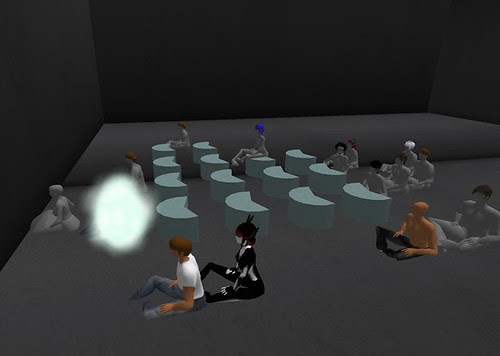 I just thought he looked so handsome. :) 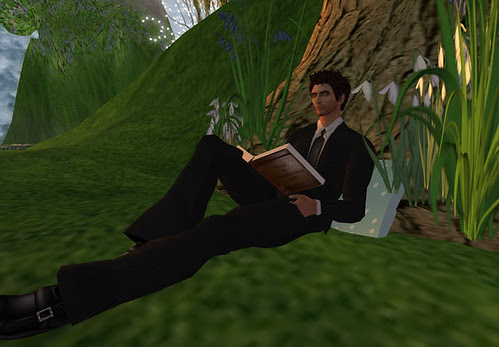 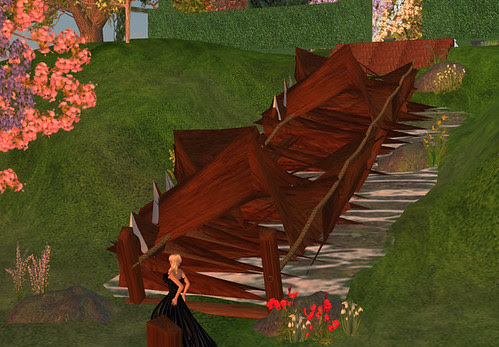 On our sonsaku tree before we logged for bed. 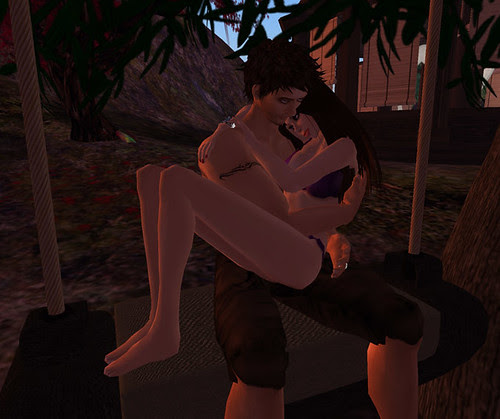 Good pictures Ali and I'm glad you like the balloon :D

It's an actual hairstyle LOL