Yesterday ended up NOT being a marathon couch day for me. I tried, really I did. I laid on the couch, watched the jock turn into a dancer, and then I was restless, so I got up. I'll know the recharge day when it comes. You won't be able to get me off the couch at all!

Last night Cen and I put on our gift outfit from TULI and, feeling French, went off in search of Paris.

There are a bunch of Paris sims, but only a very few are any good. New Paris and Paris 1900 were the best, with another Paris sim that I can't remember the name of being right up there too, but it's still under construction, I think. And some where along the way, we took a detour to Rome. LOL

Here's some random pics from our Paris journey last night. 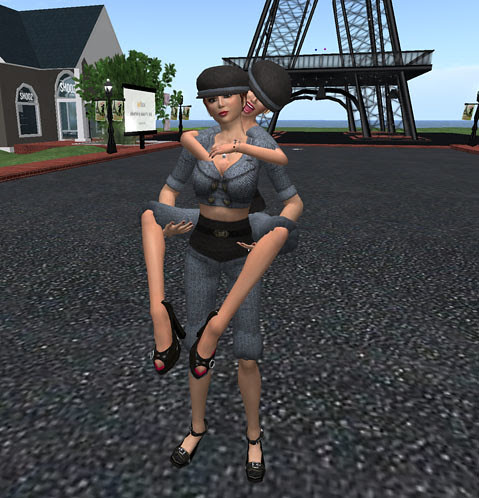 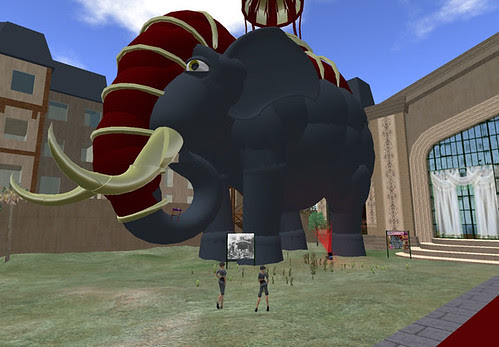 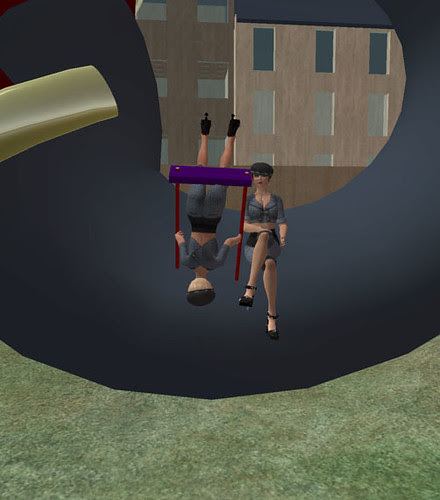 In the big elephant, you can smoke! 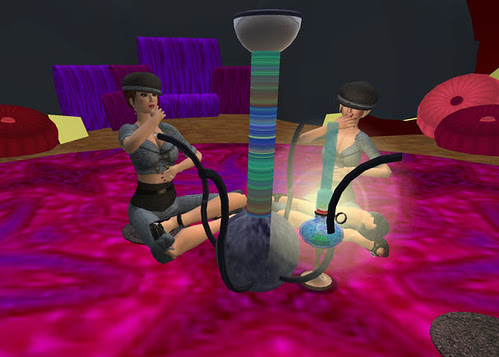 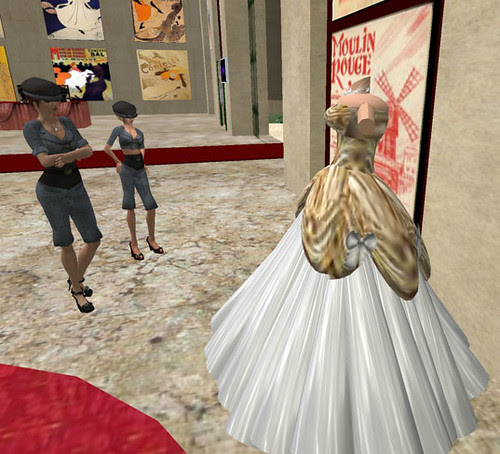 You can't see it very well in that pic, but the necklace on the dress dummy was blinging for all it's worth. 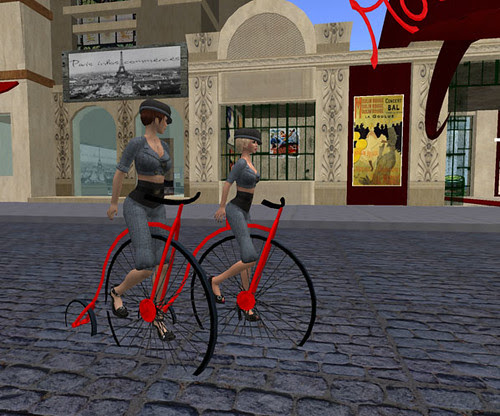 [You know you've taken a wrong road when you were in Paris and now you're in ancient Rome. LOL] 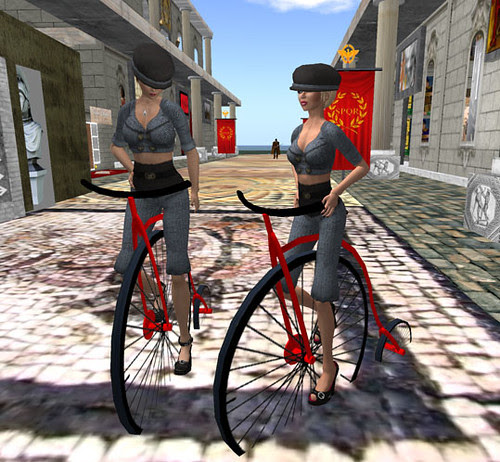 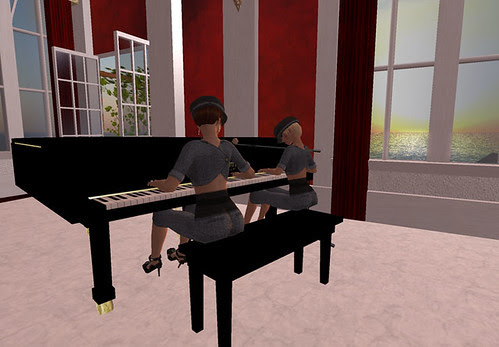 Anyway, we had loads of fun, but we were a little disappointed in the number of dead sims we encountered on our journey. You know, I was reading the other day that some businesses are pulling out of SL because of lack of interest from the SL residents. Well, excuse me, but you can't just plop down an island and expect folks to run over. Oh no, you must advertise. You must let people know that you're there and not rely on people just stumbling in and wondering what the place is. Unfortunately, a lot of places don't advertise and instead wait for people to randomly fall down in the middle of the sim, or pull a word out of their butt to search and somehow land there. When Amorepacific came to SL, they did that huge grand opening, offered gifts, all that. And it was packed! Plus, I heard through the grapevine that they're re-doing the hair portion of their island, so I'll be revisiting, as I'm sure others will be too. Advertising and keeping things interesting. Two very important things. :)

I'm yawning up a storm, so I think I'm going to go nap.

I love those bikes.

I truly am going to use them as an alternative to walking whenever I can.