I never got a chance to finish working on my build from earlier today. But that's ok because it was a very nice night. :) But since most of the good stuff that happened tonight, I can't discuss [hehehe], I thought I'd just throw down some random pictures that happened to be on my desktop.

Now, this first one was from an infohub and I guess I took it some time ago. This guy is sporting a double penis. I'm making the pic small just so no one gets in trouble at work, but if you want to see it a little more clearly, just click on it. WHY he's got a double one, I have NO idea. I guess he thinks it's going to double his chances? 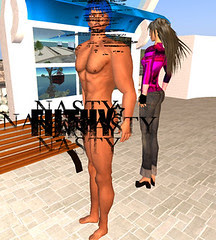 We had a birthday party for one of the regulars at the club a couple of weeks ago. Vixi [aka Puppie] liked the cake. A WHOLE LOT. 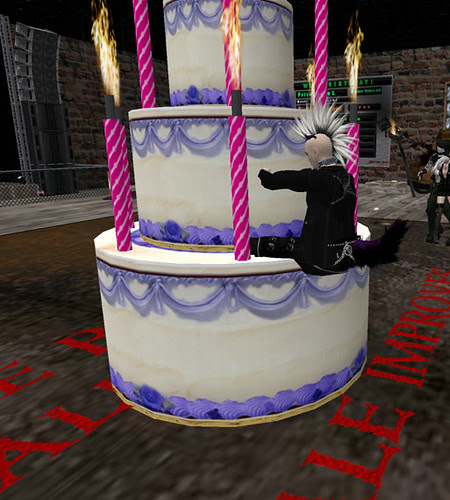 I went out to check out what my friends Sidonie and Erasmus have done at their land. They offer some pretty great apartments and skyboxes. They've done some great work out there! I suggest if you're looking for somewhere to live, go check it out. :) [SLurl] I should have turned my draw distance up higher, because the view is actually tons better when you're there. :) If you look hard, you can see Ras and me on one of the balconies! 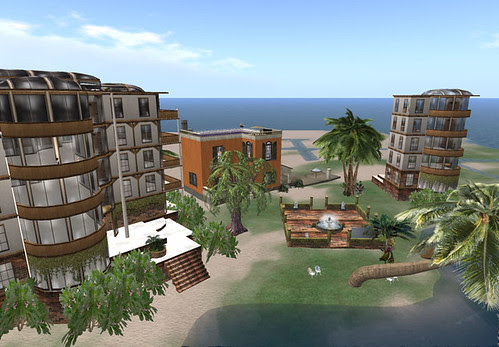 I bought a new pillow at Pillow Talk a few days ago, and there are two animations in it, just a cuddle and then a kiss. The first night we used it, I was too far from Levi's mouth. So the next night I adjusted it before he logged in, but I went a little too far in. I look like I'm trying to eat his brain. Or he's trying to eat mine. I'm still not sure. LOL 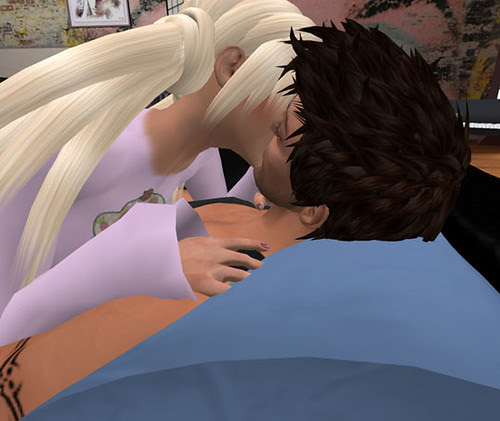 Cen and I went on a teddy bear hunt Sunday night. After we finished fighting the lag and finding bears, we came back to my place to try on all our finds. Then...we got really tired. 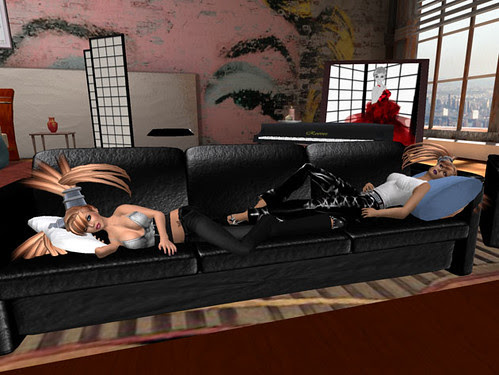 Tonight after my blue event, Levi and I decided to go over to the Viper Pit to dance since I can control the music there. Well, who should already be there but another one of the awesome SL bloggers? See if you can guess who he is! ;) Oh hey, Cen. I got that hair from Free Speerit that I said was the Walk of Shame hair. I think I really like it! I wore it all evening and it just looks really cute on me. At least from the front. I'm still not sure about the messy back. But it doe...oh you know...nevermind. LMAO 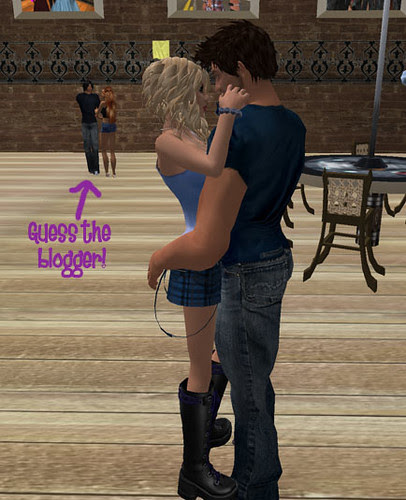 Oooh, I saw that hair at Free Speerit too. Looked funny on me though, so I settled for Lyrilia instead. Tres cute on you though hon. ^-^