Parties and Other Stuff

There are so many times when I want to write about something in here to discuss it with all of you since I discuss everything in here. But I can't because I just can't and that sucks. :-p

So the island where I live, owned by the awesome Casius, has a big party like, once a month or so. Tonight's party was ocean themed and lots of fun! Annnnnd the future Thorne-Darwins were there, looking cute as can be. 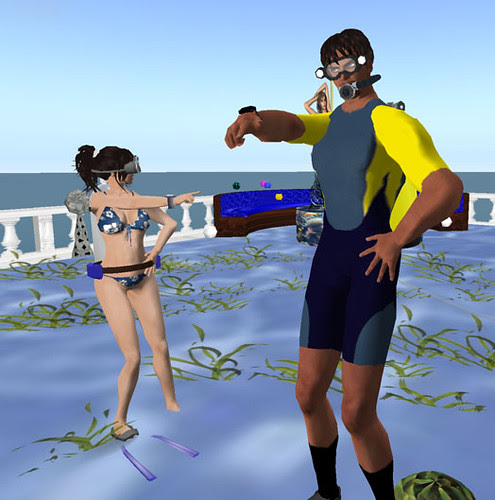 I was trying to look at Tymmerie's engagement ring, and then I caught this really funny expression on her face, which made me laugh for about 5 minutes for some reason. I don't know if she was wearing something that wasn't rezzed for me or what, but it's just so funny, I had to post it. Sorry, Tym. :) 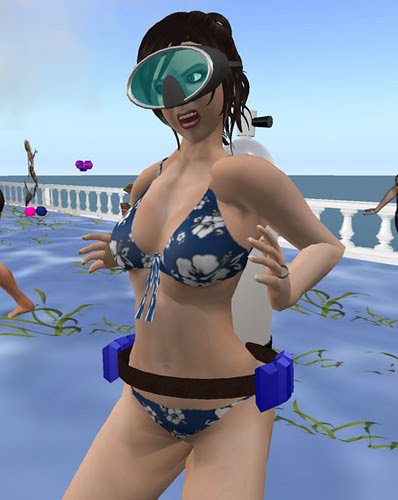 I had a really busy day today. It was pretty much non-stop and even right now, I'm at an event at the club. lol There's going to be a fundraising carnival this weekend for the group Help People, and I made a couple of kissing booths for one of the members so she can sell kisses. :) If you've ever been out to my store, you've probably seen the one that I have out there. Same thing, just a different price on the sign. There's supposed to be mud wrestling and dancing and slug races and all kinds of stuff, so remind me to give you all the SLurl for it because it sounds like it's going to be really fun.

I also made a couple of signs for my diner tonight. This one cracked me up. Yeah, it was one of those nights where the tiniest thing would set me off into giggles. 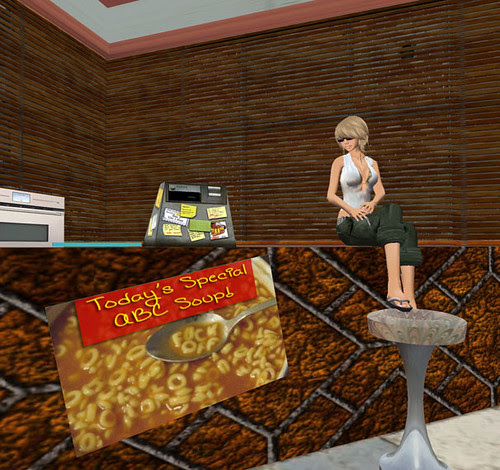 Ohhhh, and you know how I went mad at the Reaction sale? Well, I'm gonna have to go again because I picked up this dress and it's SO PERFECT. I mean, just what I wanted! You can wear it without the belt too, and there are two versions of the skirt, a scripted "Smart" skirt and an unscripted regular one. I'm wearing it right now at the event with flip flops and the Rust choker from Soulfire [Valryn, I miss you!], but you could easily pair it with some strappy heels and some jewels. 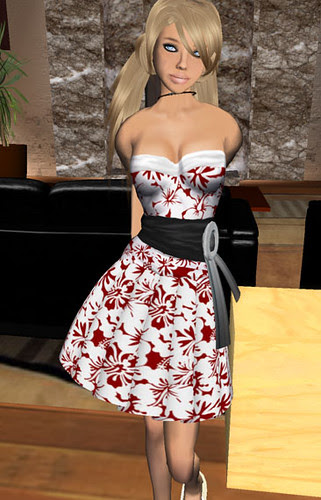 I just loooooove it. I want all the colors now!

Oh wow. Someone at the club was complaining about the music, without requesting anything from the DJ of course, and we told them to just leave if they were going to be like that without requesting. Then she called me an ass. LMAO! I love it! Most people tell me I'm really sweet. I just love when someone says I'm not. Especially after I told them not to let the door hit them on the way out. :-D

I have too much fun with the smallest things sometimes. lol

ZOMG I need that dress - and LOL at Tyms! Perhaps her knees were aching from all that dancing?

A skirt that makes you smart?! Do they make it in men's sizes??

Willow - She WAS dancing pretty hard, and doing back bends, so maybe that was causing the expression!

Wrath - If smart skirts made us smart, I'd buy several for some people. No, a "smart" skirt is scripted so that when we walk, our legs don't break through the skirt, or if we sit, the skirt covers over our laps, it doesn't sink completely into the chair. It's not perfect, and sometimes you have to do too much to get the proper adjustment, but for the most part, it's cool.

OMG!!! You big meanie!!! ROFLMAO!!! I was making one of those "Yea! Rock and roll!" faces that you are supposed to when you dance! Sheesh!

LOL! Tym! Now all I'm going to think of all day is "Make your metal face!"

I may have a few candid snaps of the amazingly cute Alicia which somehow she never remembers to include on her blog :D

/me slips Cen some Lindens...