So right now I'm sitting in my shop and listening to this complete loser on voice talking to some girl who is very obviously a liar and making up some story about her boyfriend. I think what's more amusing is that he's not quite sure what to call SL. He's referred to it as a room and a program so far. And he keeps humming the song "Rockstar" by Nickelback. He has system hair and she has an enormous ring with 10 tons of bling shooting out of it. I really should go to bed earlier as to avoid having to see these kinds of things.

I did plan on going to bed early tonight, but I caught my second wind and ended up just goofing around in the sandbox. 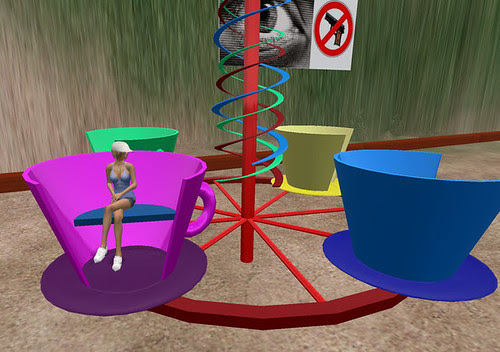 I've been thinking about making a group for the store. It would kind of pull triple duty of being a group for store updates, freebies, and for me to bother people when I get very very bored. [Which doesn't happen all that often, to be honest.] But, at the same time, I don't want to take up another group in peoples' lists. So I guess we'll see. :)

I'm yawning like mad, so I think I'll head to bed.

[And yes, those are SLurls up there. I'm not exactly sneaky, huh?]

[Oh man, I just realized half the stuff isn't for sale. I'm so glad I double checked before bed!]