I wrote this incredibly long post, but I just deleted it. I swear sometimes I type just to hear the keys clacking.

Anyway, lots of distractions today to keep me from really working. But it's ok because quite honestly I wasn't in the working mood.

I hosted an 80s event tonight. It started out very very quiet, but by the end it picked up. A 2 month old noob took a shine to me and when he wasn't floating crazy around the club, he stayed glued to my side. He said that if I need him to kick anyone's ass, he'll do it. I giggled because I didn't know what to say to that. Then he took off his clothes to change. ALL his clothes. 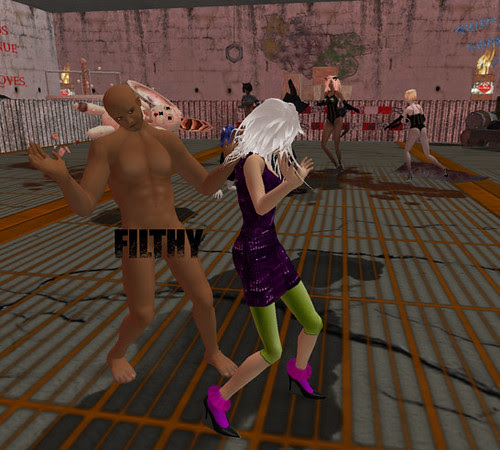 This caused me to wonder WHY people - in public - feel the need to remove all their clothing to put on a new pair of pants. I usually don't remove all my clothes to change clothes, especially in public. Maybe in private I'll get naked to try things on, but not very often. He, unfortunately, didn't just change pants. He turned into a furry, but then went back to his own shape, took off his head and tail, and just wore the furry skin. I offered him a skin, shape, and some clothes. He was drunk and didn't seem to want my help. Maybe I shouldn't have offered it in public chat.

After the event I headed back to my store, but the call of the pole was too much. 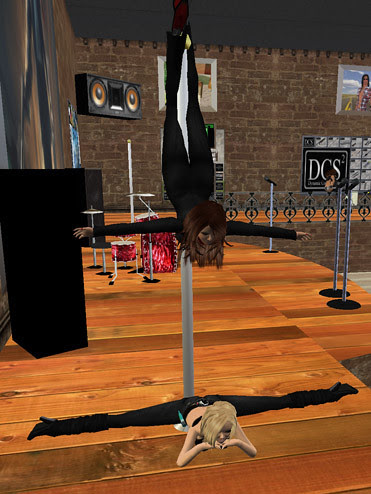 I hung out with everyone until they decided to go to bed. Then I set up a little workspace in my shop. Yes, that's a real screencap of my computer. If you go into the store, you can see what's usually open on my computer. 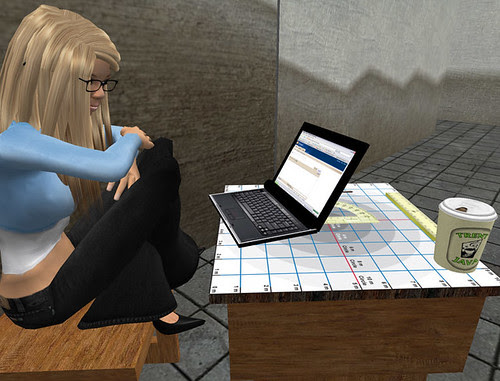 I FINALLY headed to the sandbox after all of that to work on a grenade. It was requested that I do a belt with grenades and a knife and some other stuff. I figured the grenade would be the hardest to do. I was totally right. I had to scour the internet to find the right texture and look at pictures of grenades. 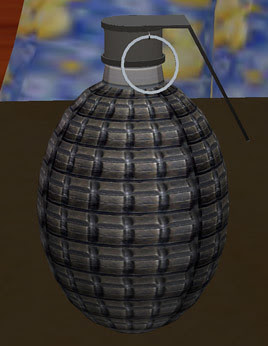 I can't figure out if I like it or I think it sucks.

It's after 5am now. I think I'm going to sleep.

Posted by Alicia Chenaux at 2:39 AM

The grenade looks good, wow. I really should try building something one of these days. I mean, besides cubes.

And sheesh, busy week for you - I think I already owe you like $L2 for all that pole work?! I'll be bankrupt in no time! (Not complaining)

And thanks. The grenade isn't perfect, but I think that has more to do with the texturing - or lack of it - on the upper part. You really should build more. You could build a sphere! OR...omg...a torus!!